Essaouira - on the Edge of Morocco

So - do you know the difference between a medina, a souk, a casbah, a riad?

The medina - is the old town.
It usually has a wall around it.

You can use them for directions.
Like telling a taxi, "Drop me off at the South Babs."


The souk - is the market. The bazaar.
Often covered. 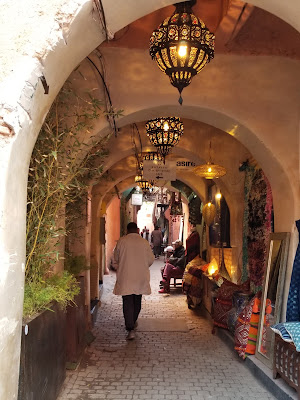 The souk is usually within the medina.

You can buy EVERYTHING in the souk. 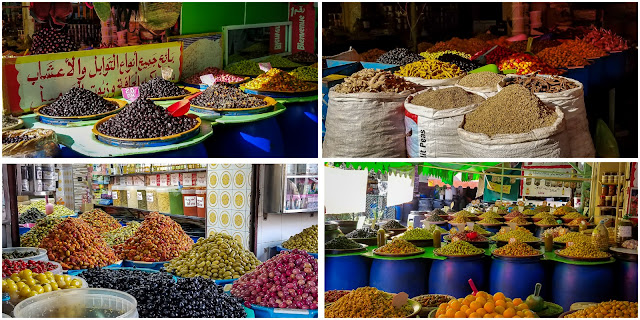 A casbah is a type of fortress.
A citadel. Might also be within the medina.
Or not.

And a riad - is a traditional house built around a courtyard, often a garden.
Recently, a lot of riads have been turned into hotels. 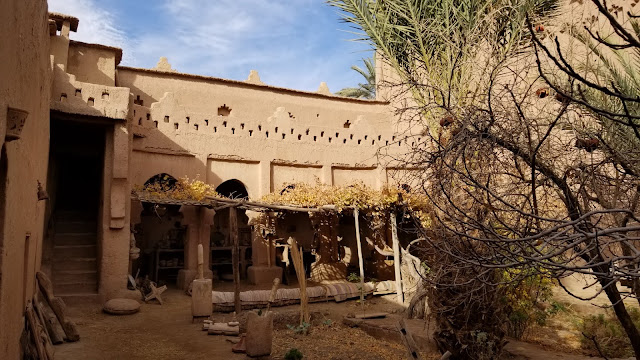 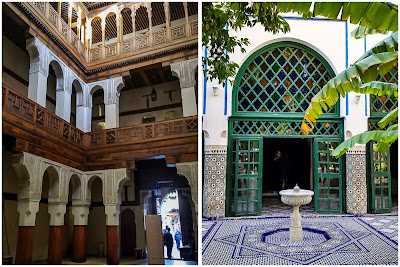 It's a popular thing: Come to Morocco, buy a riad.
Fix it up, and start a guesthouse. 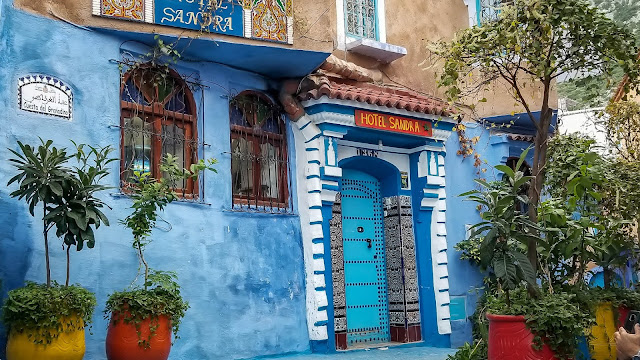 There you go. Now you know, too.


We're in Essaouira.
The western coast of Morocco.

We've been in Morocco over a month already. We hadn't planned to stay here so long. 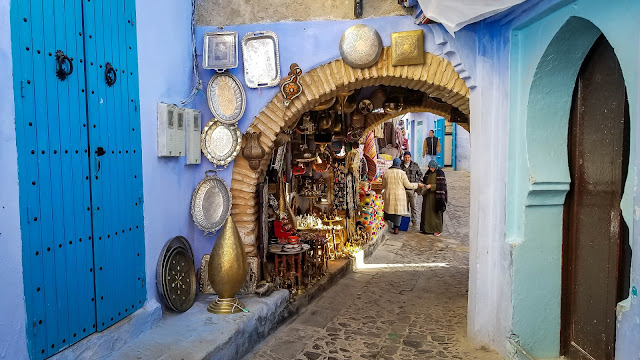 Turkish Airlines from Casablanca to Istanbul to Bangkok.
We've been traveling in Morocco for a while, and thought we were ready to move on.

Then - we arrived in Essaouira.
We spent Christmas here with family. 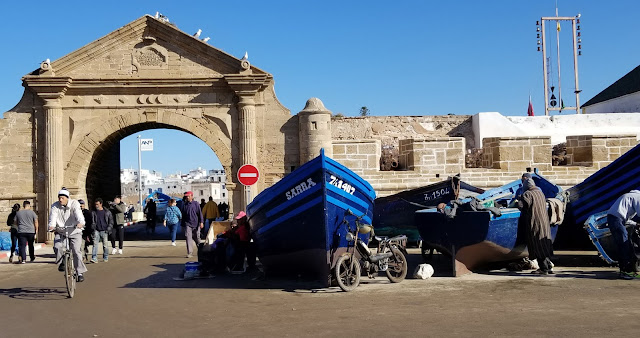 So - we decided to stay here a while longer.
We've rented a super cool little rooftop apartment.


Just inside the medina. 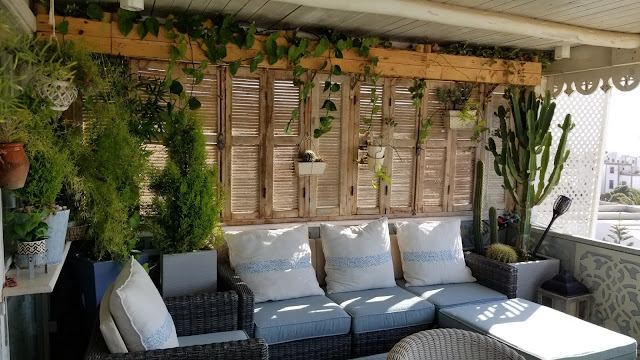 It's very sunny - but not hot.
Just about perfect for long walks on the beach.

It's about 3 hours' drive west of Marrakech.

Marrakech - in contrast - is a VERY busy place.
About a million people, but it feels like more. 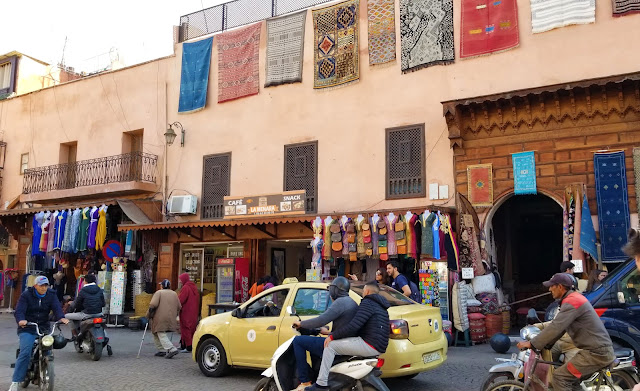 Traffic in Marrakech is - challenging.
Erik drove through it.

His comment: "You’re right. The driving here is reaaaally crazy."
And this - from a guy who lives and drives - in Bangkok.

So, what's in Morocco beside sand? 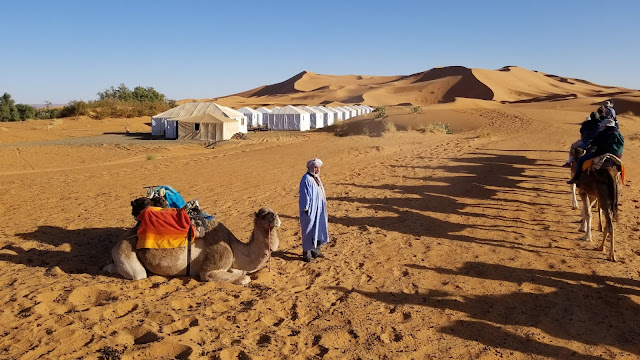 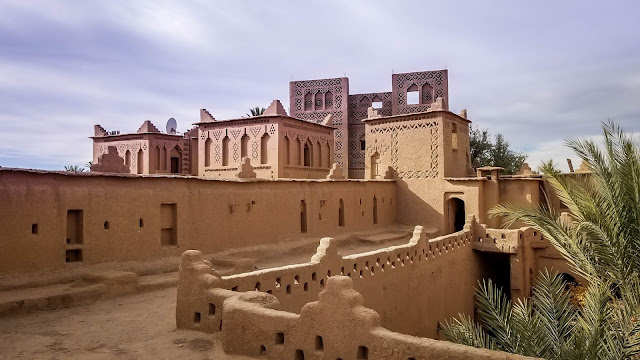 Incredible markets and souks where you can wander for hours.
Everything from carpets to camel heads. 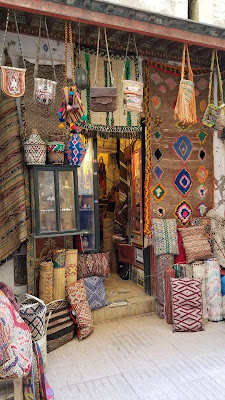 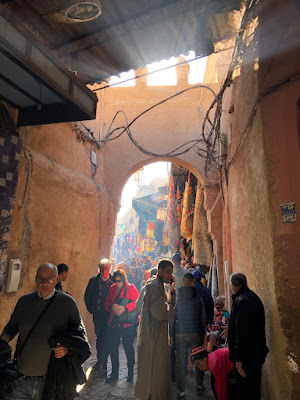 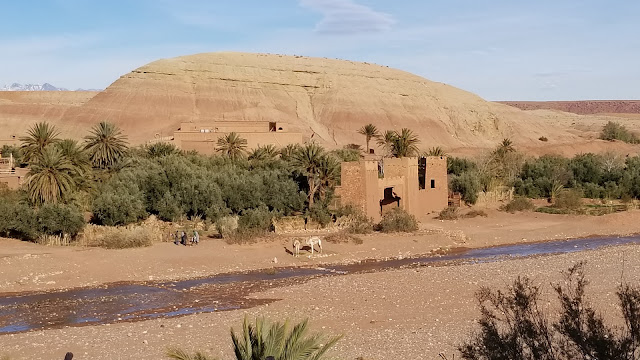 The tanneries of Fes, what a sight!

Built in the 11th century, where they still tan and dye leather.
Cow, sheep, goat, and camel hides are tanned, and then dried in the sun.

Did you know goat hides make the softest leather? 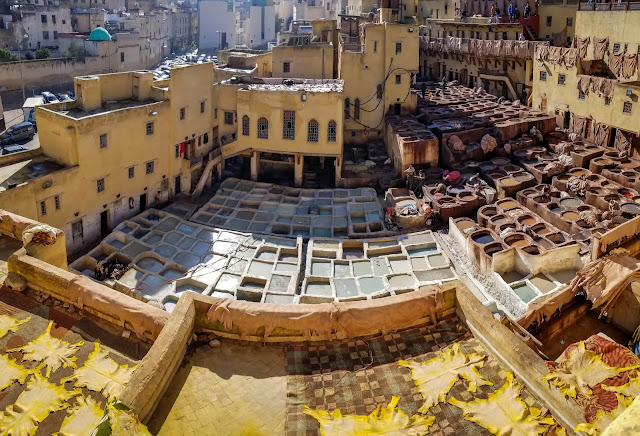 The view is impressive - and so is the smell.
(They give you a spring of mint to smell when you enter. As if.) 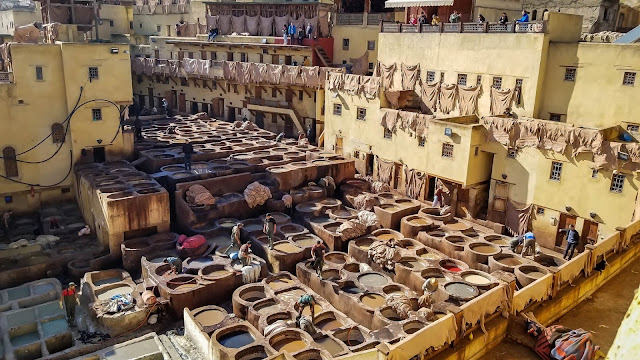 So many of the places look like film sets.
Apparently, the film companies think so, too.

A lot of popular films are shot here.


Stan was looking for meteorites.
Morocco is a good place to find them.

Did I mention the doors...? 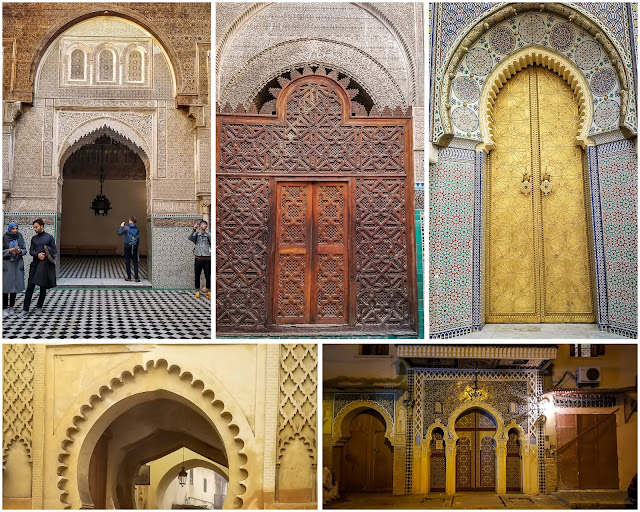 The main languages in Morocco are Arabic and Berber.
About 75% of the people are Berber.

A lot of Morocco reminds me of New Mexico.

And of Iran, where I lived 1977-79.
The climate, the geography, the adobe buildings.
Sunshine and deep blue skies. 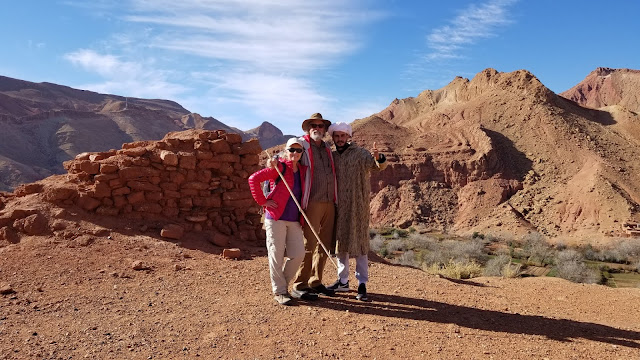 Almost as cool as the doors.... 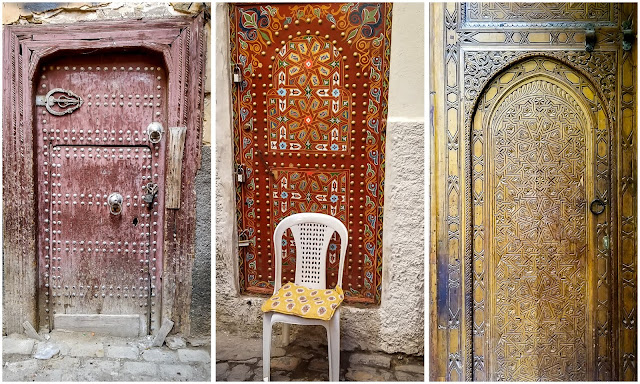 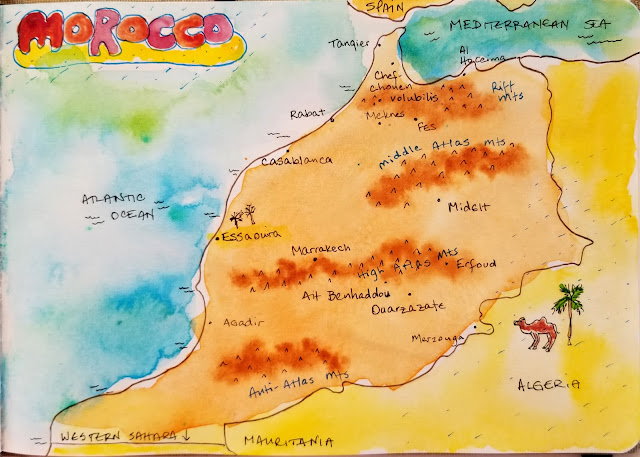