"All life is an experiment.
The more you make, the better."

That was my motto for most of my life.
I still like it.
If it went all wrong, at least - there'd be a good story. 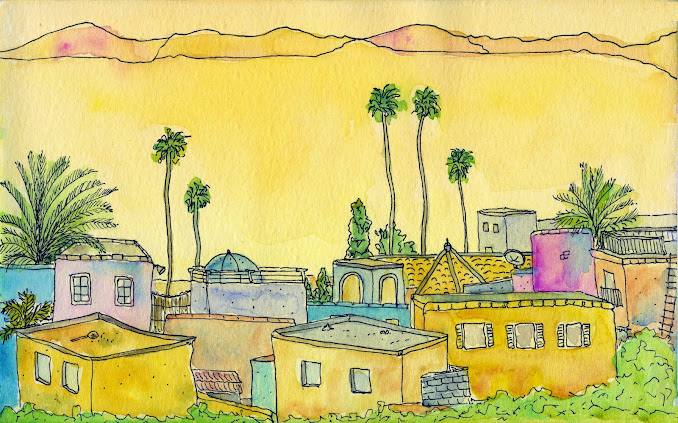 "I wanted to live and work in different countries. See what life was like living there, not just passing through. Renting an apartment. Going to the market. Using the library. Taking public transport. Standing in line at the bakery and ordering in the local language. Eating what they ate for breakfast.

And then: On to somewhere else.
Who would want to stay in one place forever - when there was so much of the world to explore?"

The cool part is - that's pretty much what happened.
(And that was written in the 1960's!
Long before "Life Lists" and "Bucket Lists" were common.) 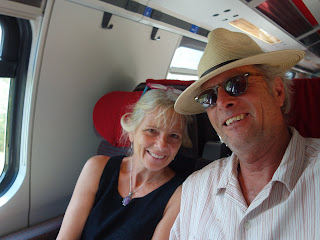 Now, Stan and I are out on a new adventure.
We learned how to sail in the Caribbean.
(There are blog posts about the bruises earned on THAT trip!)
Found we like boating, but not hurricanes.
After renting a few canal boats in France, we decided to buy one and live on it.
So we did. Maggie May.

In France, on the Canal du Midi.

For a few years - we've been living on it.
And now? Another adventure.
Buying a house in France.
Who'd have thought?
And the reason-? I always ask myself:
"If not NOW, when?" 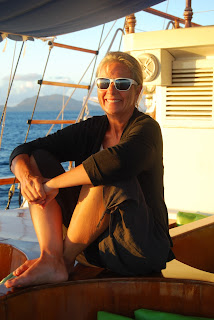 From the back of the book,
"Meanwhile, Back in Los Ranchos":

"Trisha Ray has lived and worked in twelve countries on four continents. She lives in Los Ranchos, New Mexico, with super musician Stan Hirsch and a worried cat, Cleo. Her three sons travel arguably more than she does. After forty years of working, she recently sold her import/export company and now travels with a backpack and a sketchbook whenever possible."