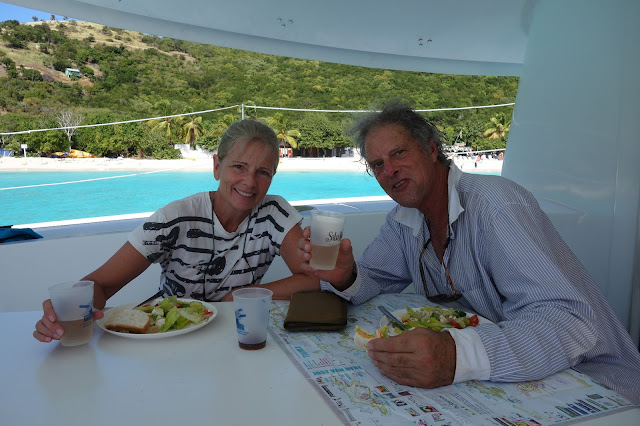 This is island life.

I’m sitting under a couple of coconut palms, in a rattan chair.
A view of the ocean in the distance.
There are black and yellow butterflies on the red hibiscus flowers, and a lizard is watching me.

In the tree beyond the terrace, I hear small yellow birds arguing noisily. 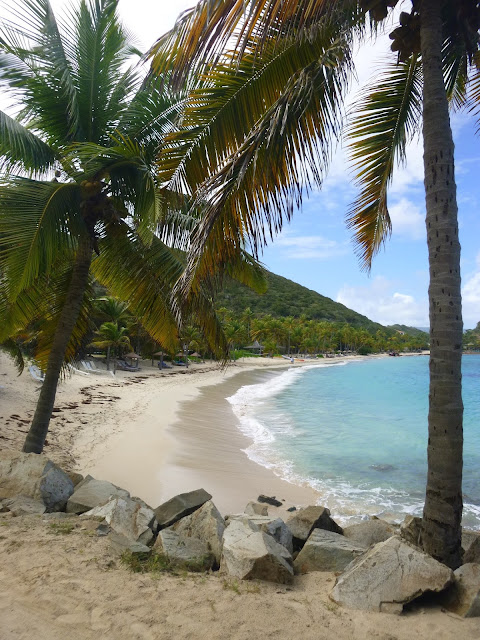 A few hours ago, we got off of a 44’ catamaran which we
shared for a week (a WEEK!) with 6 people we’d never met before:

Everyone was roughly half our age. A good group.

We sailed from island to island, snorkeled often. Went scuba
diving hiked up mountains.
Told stories over rum drinks in
thatched restaurants, hoisted sails, picked up moorings, dropped
anchor, and did most of the cooking ourselves on board.

We visited Trellis Bay, Beef Island, Norman Island, Peter Island,
even stayed overnight off Marina Cay - many of the same names I
remember from the trip in 1960.

The winds were strong at times,
and we were glad someone else was ultimately in charge of the boat.

But it gave us a good start on our sailing adventure. We all
helped reef sails, drop anchor, pick up moorings and ran around in dinghies. 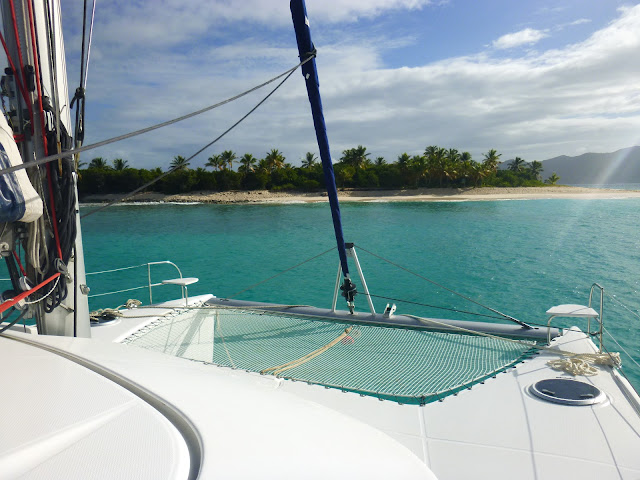 I was amazed at how many other boats are in the marinas.
It’s like a National Park on Memorial Weekend.
Every popular marina is full.
But in bays where you have to anchor, or where there’s no bar, it’s pretty empty.

Out in the water, too, there is little traffic.
In harbors, most people want a “good” spot for the best restaurants and bars.
There’s some serious partying going on out there, although our group was pretty
relaxed and low-key.

By the end of the week, our clothes were salty and used.
The trash was full and the water tanks empty.
Towels refused to dry anymore.

We had bruises from bumping into boat parts as we hurtled along in high winds.
We managed to eat all the food and drink all the rum.
Everyone else has to head home to work today and back to “real life”.
We get to stay. 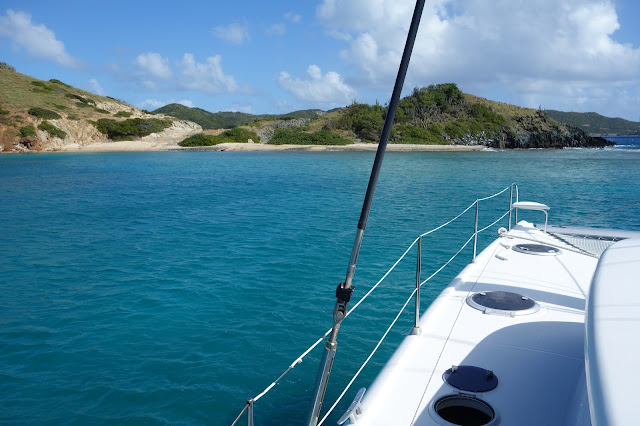 Going back to the beginning:
The first 2-3 days, we stayed in St.Thomas.

I lived there as a kid, going to school until 6th grade.
Now, it’s a hopping place.
Crowded and busy and up to 4 cruise ships dock on a day.
Some of those cruise ships carry as many as 7500 passengers. (!) Yikes.


Took the ferry over to Road Town, Tortola.
More relaxed but still busy.

Did I mention I found a scorpion in the bathroom sink? 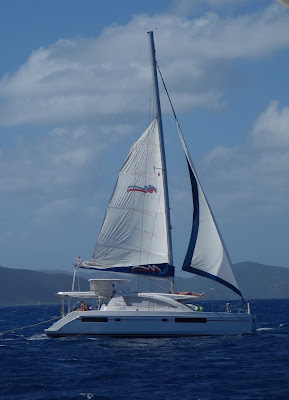 The West End is more chic, but our area is pretty local.
Goats and chickens running around.
Potholes and small roadside tire repair shops, no glitz.

So we’ll spend a couple days here.
Catch up on emails, do laundry, recharge camera batteries.
Begin to actually study our sailing books.


Next chapter: Learning to Sail.