Sailing the Grenadines - How this Sailing Stuff Got Started

Somehow, this doesn't look - or feel - like France.
It's not.

But this is kind of where it all started. 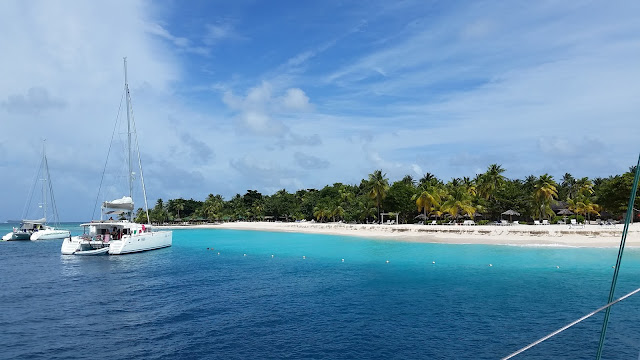 We're sailing in the Tobago Cays.
The Grenadines. Again.

A trail of starfish leads us back to the boat underwater after a snorkeling expedition. 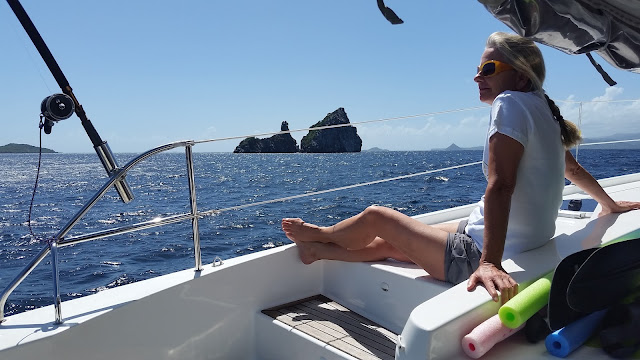 We find a sailboat, a 57' catamaran, that needs another couple on it.
We volunteer. 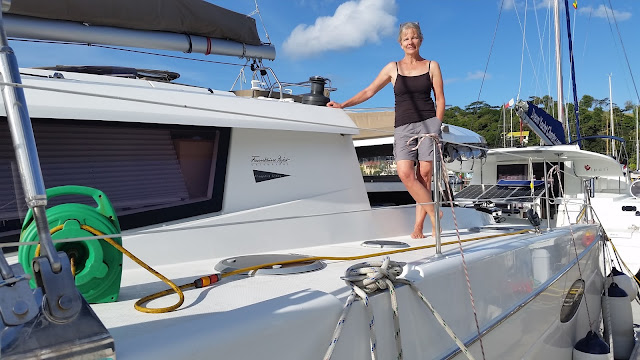 With Isabelle, the French chef, and Frédéric, the captain.
We don't even have to do the sailing - or the cooking - ourselves.
Three others, a couple from England and one Swiss fellow, complete our crew.

After a sandy salty week, we return to our rented house in Grenada.
We've been here over a month. 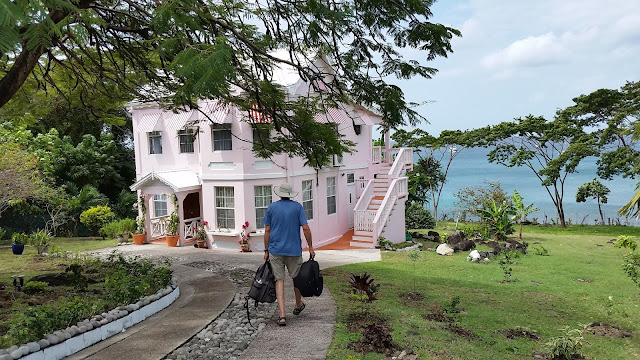 Grenada.
We'd been here before.
Spice Islands.
Near the end of the chain of Caribbean islands.

Closer to Venezuela than to Miami.
Originally, a few years back, we thought we'd wind up buying and living on a sailboat. 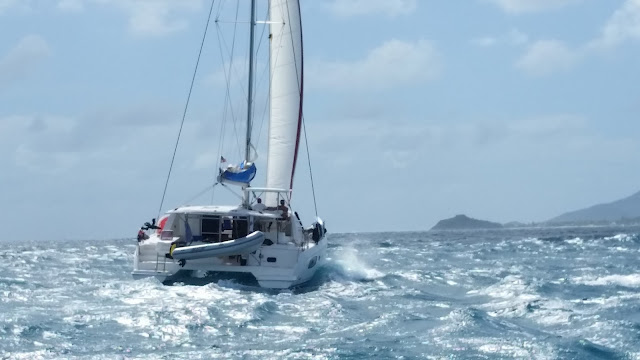 Two years ago, here in the Caribbean, we began seriously learning about boats.
We read. Practiced knots. Took training courses.

We passed numerous exams, and got our licenses for bareboat chartering and coastal cruising, inland waterways, monohull, catamarans, navigation, and probably a couple of others. 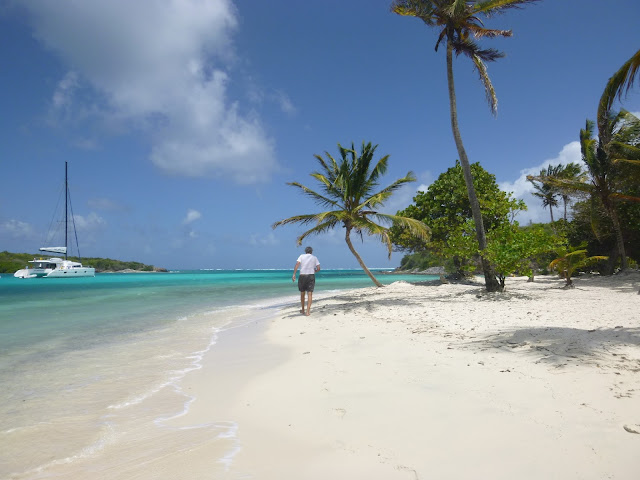 We hold licenses from the UK, the US, from Ireland, France, and from the EU.
Countless books and hours of work.
-Not that it really meant we knew what we were doing - by any means. 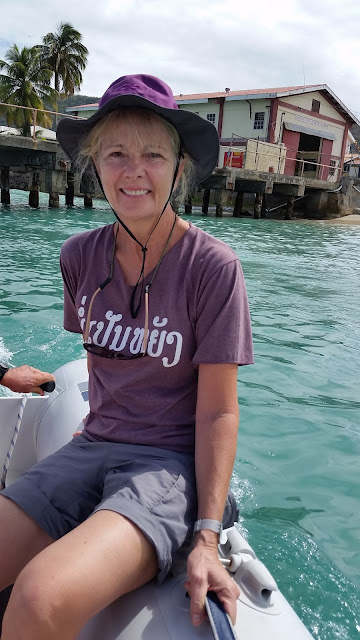 We spent time on boats in Thailand, in Greece, in France, in Myanmar, in Laos, Indonesia, and all over the Caribbean.  I counted 50 islands we'd visited in the Caribbean alone!

But: At one point, we realized that - living on a sailboat, even a catamaran, isn't for us.
Plus,  the idea of dealing with hurricane season - that just made the decision easier.

So we began to look at canal boats in Europe. 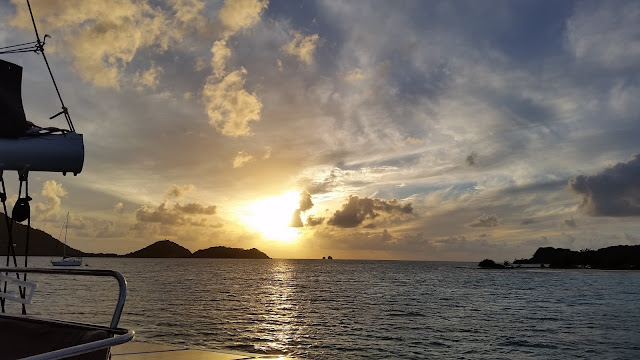 We considered over 500 boats (!), mostly online. Once in France, we inspected 30 boats from the inside, (here's THAT story) and eliminated another 30 from the outside.

I made spreadsheets.
And lists.

And - you know the rest of the story. 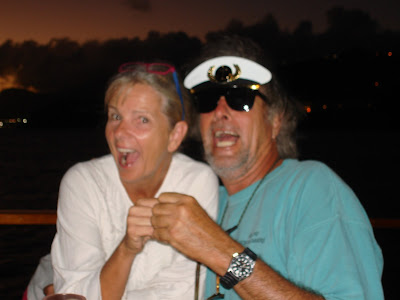 When I was a kid, we lived in the Virgin Islands.

Once, I was invited to a friend's birthday party on her parents' boat.
I was probably in first grade. 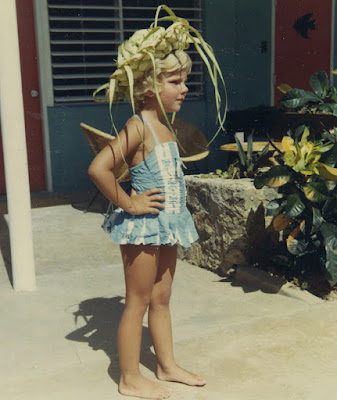 I remember being SO impressed!
That memory has stuck with me over the years.
I don't think I could swim yet, but man, I wanted to jump off that boat with the other kids. 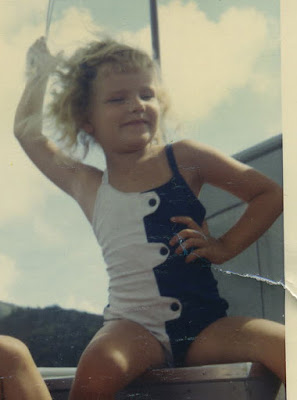 So I did. Jumped off the boat (still a favorite thing to do-) and started swimming. 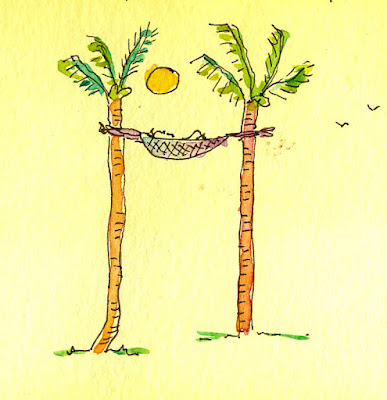