They're easy to spot - they travel with one bigger boat, called Moken Kabang.
And a bunch of little boats, called Moken Sabang.
The Myanmar government is trying to get the Moken to settle on land.
Send their kids to school, probably pay taxes, be counted.

But the sea around the Mergui Archipelago is still host to dozens of wooden "Moken" boats.
They live their own lifestyle, on the water, in their own handmade boats.

There aren't many boats out here.
Only Moken - and the squid fishermen. 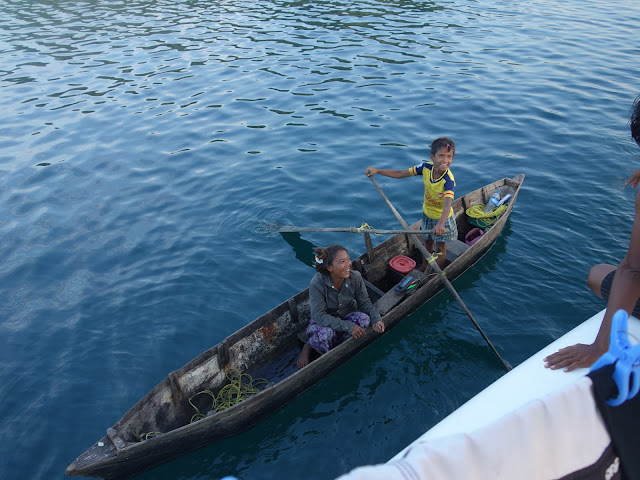 Myanmar squid fishing boats have a very definite look. A bit strange to us.
- Squid fishing!
The lights on the "arms" light up at night to attract the squid.

However, the strings of electric wiring look VERY sketchy. 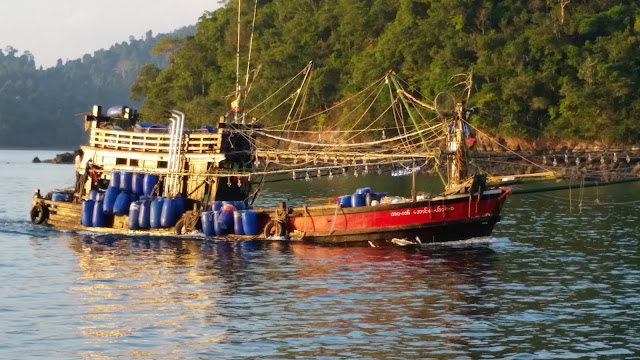 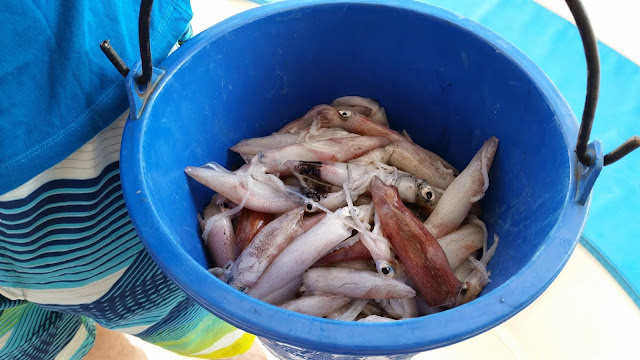 You can't visit the islands.
Not unless you're on a liveaboard boat.
There are no hotels, no guesthouses, no ferries.

No stores, no place to buy provisions.
We brought everything we needed with us.
However, we fished - successfully - and enjoyed fresh wahoo sushi 30 minutes later!


At night, the Moken link their boats together.
They hang out, eat, tell stories.
Things people do when they live on boats. 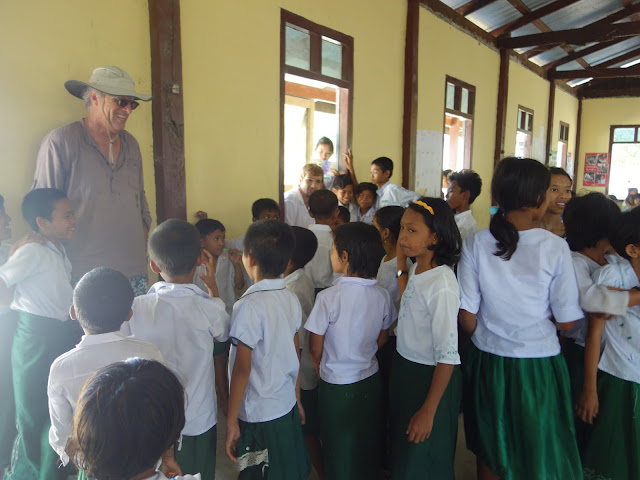 These girls are Myanmar, not Moken.
They were temporarily in Ma Kyone Galet for an exchange program. 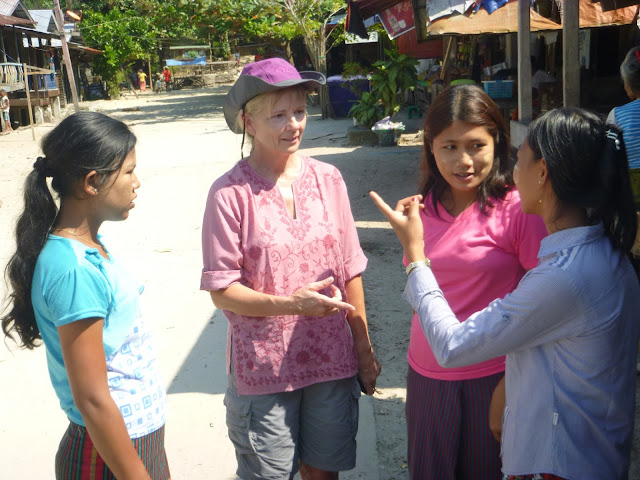 They were genuinely surprised to find we didn't know what "tanaka" is.
It's a paste made from a tree bark they all use for protection against the sun.
They had fun putting it on Erik. 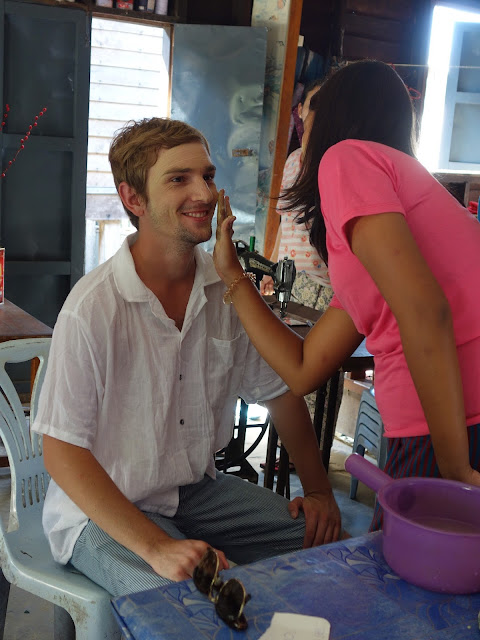 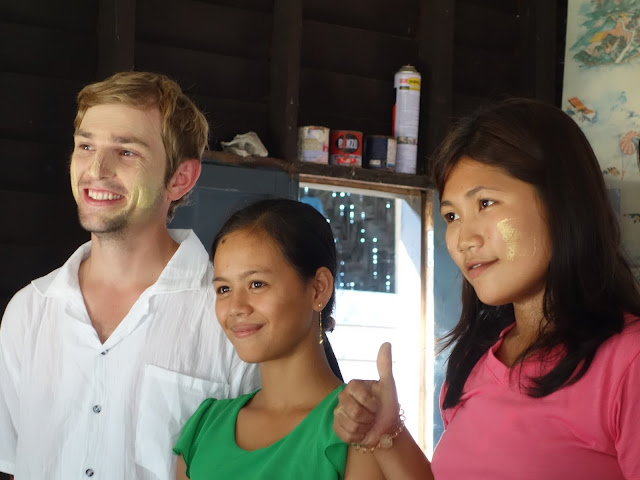 We took paddle boards and kayaks up a mangrove-filled river at dusk.

It was about sunset, and very loud.
Sounded like monkeys.
Luckily - the sound came from birds and a cicada-like insect.

While snorkeling, we discovered a large sea snake, violet and black vertical stripes.
As the snake became interested in us - a speedy getaway was in order.
That night, I read that Myanmar is home to more types of venomous snakes - than anywhere else in the world.

It is hopelessly beautiful and impossibly romantic.