Burgundy Waterways: Cruising the Yonne River and the Nivernais Canal

There are rivers and areas in France I've never even HEARD of!

And you can take a canal boat down ALL of them!

We wanted to rent a boat on a canal.
See if just the two of us could handle it.

Where to start looking?

In order to get anywhere, we have to take a train to Paris first.
All roads lead to Paris. 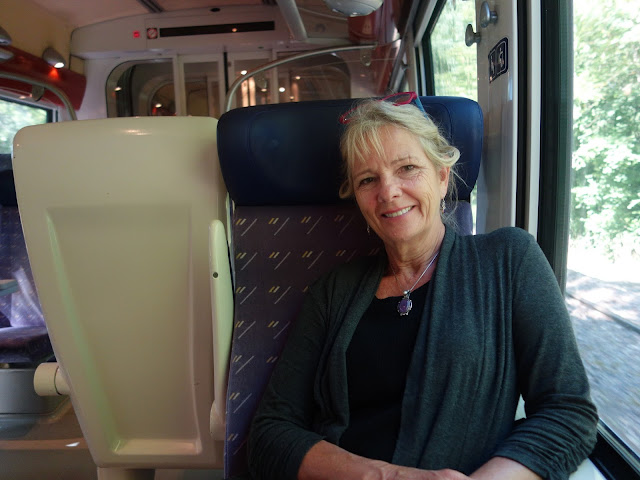 Apparently, Burgundy is divided into roughly two parts:
The wealthy wine region to the east.
The less developed, more "wild" regions to the west.

Which is where we found our boat - on the Nivernais, heading for the Yonne.


No vineyards here.
Just fields of grain and cows and forests.


The wonderful back roads of rural France.

There are LOADS of canal locks, which we have to pass through.
There's usually a lock keeper, and they have specific hours.
ALL are closed for lunch.

During a week on a boat, it's not unusual to pass through over 50 locks!
Some were built hundreds of years ago.

A few of the locks we handle ourselves.
Usually I drove the boat, and Stan did the lock-jumping. 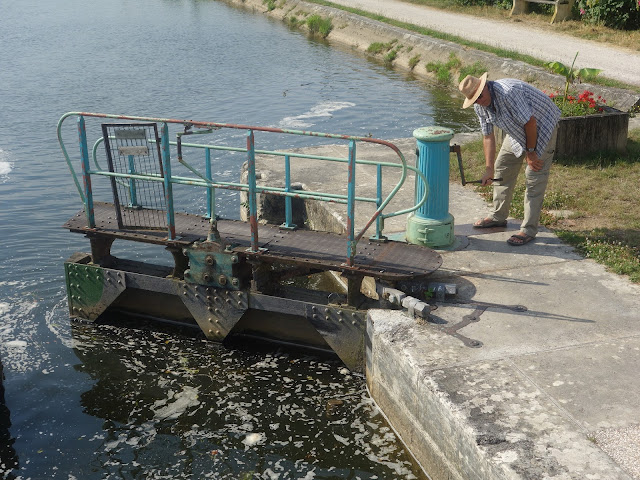 It's a hot summer in France, and - being on a boat is HOT.
But - the evenings are cool and beautiful.
We look for a place to moor along the bank, where we don't have to climb through too many weeds and nettles to get to the trail, and secure our boat with 2 stakes and a couple of ropes.

That's it - no fees, no marina, no harbor.
Just pull over. 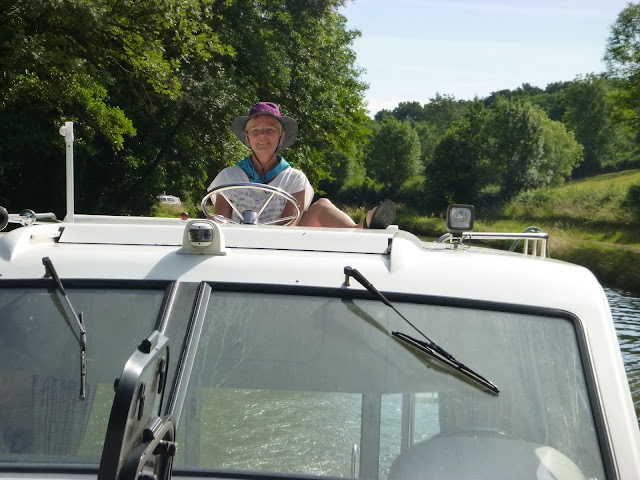 Swans come to beg for bread by knocking their beaks against the edge of the boat.


We stop in small towns, always with a good bakery.


Break out the bicycles, and we're off!

Swallows swoop in front of the boat in the mornings.
Fog rises off the water.
Small clouds of harmless insects in the sunrise light.
Small duck families, a fish or two.

Luckily, we leave the canal for the River Yonne, and are finally able to swim!
You can't really swim in the canals.
Too many boats, not enough flow.

The river is larger, larger locks and boats, and more traffic.
But more space, too. 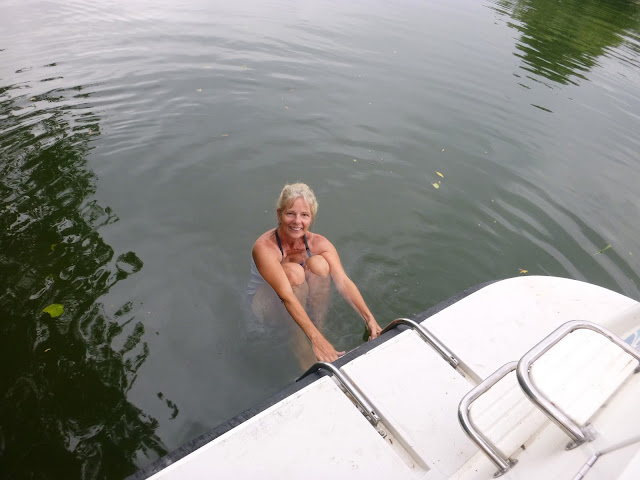 Oh, frabjous joy! It feels so GOOD to be IN the water again!

This boating thing is pretty cool.
Being able to approach towns from the water.


Being free to move on and explore. 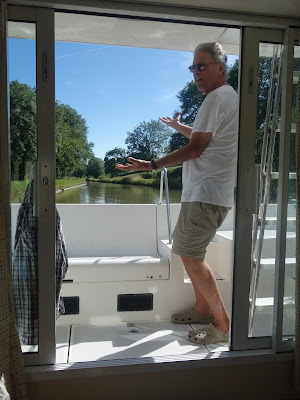 The pleasure of just cruising down the rivers, watching the scenery go by.

Not much to do except explore and hunt for baguettes. 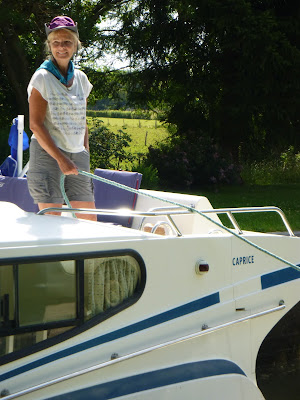