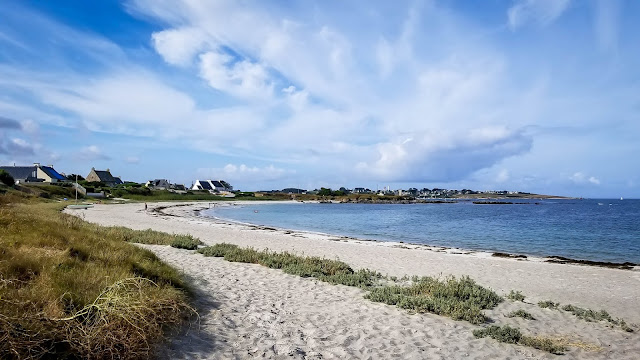 Heading south from Ireland.
By train and ferry.

To the furthermost corner of Brittany.
Finistère.
Land's End.

And - there's an EXCELLENT walking trail around the coastline.
Maybe one of the all-time best anywhere. 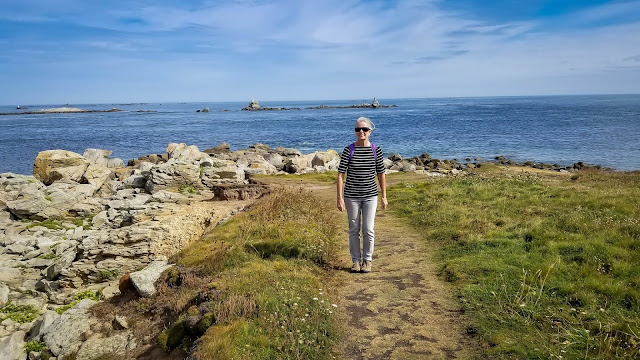 And as usual in France, there are good restaurants everywhere.

Signposts are in French and Breton.
Dolmens. Rock circles. There's a Celtic - air - about the place. 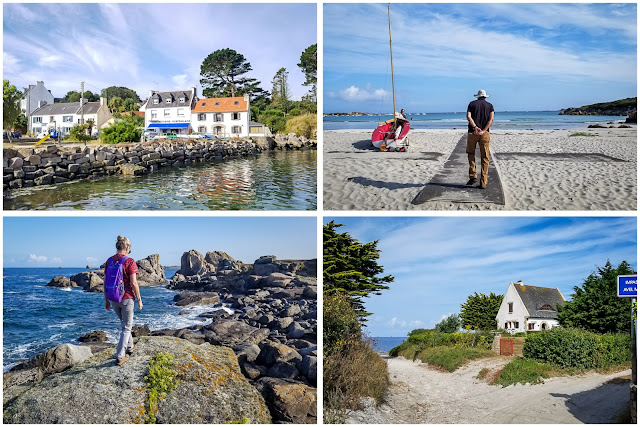 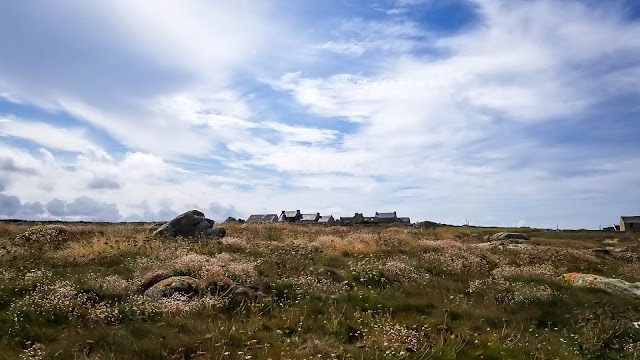 Dolmens - are all over.
Dolmens!

Just - standing out in corn fields.
Among the cows. Or behind someone's house. 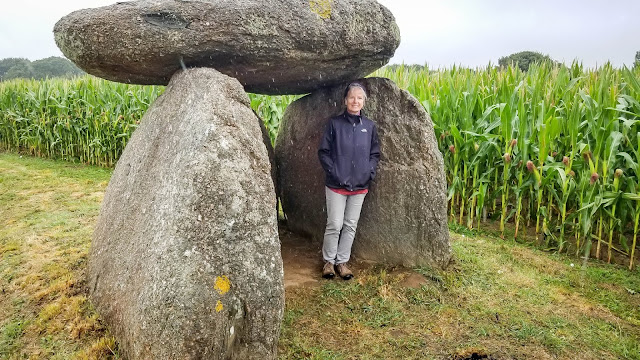 How wild is that?
A prehistoric stone structure - towering over your clothesline.

Brittany has miles of beautiful sandy white beaches.
But - no crowds.
Why?

It IS August, after all. 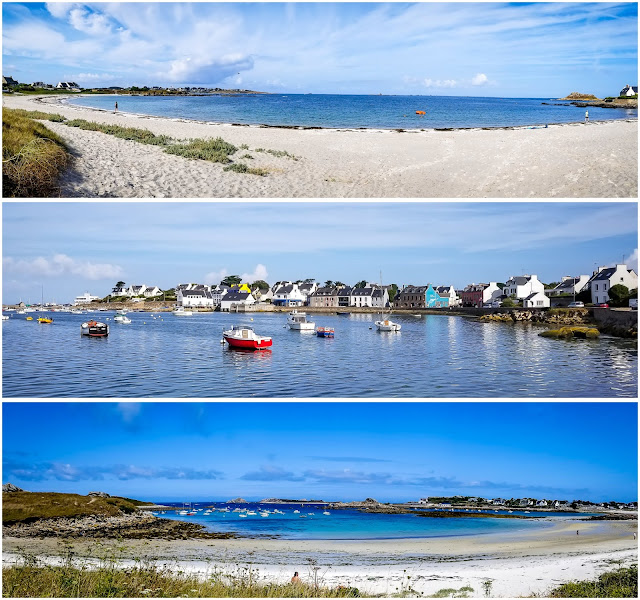 It has almost 3000 km of coastline.
That's twice as much as California.

-Guess that means there's plenty of beach for everyone.

And - the tide goes WAY out.
So it looks different every day. 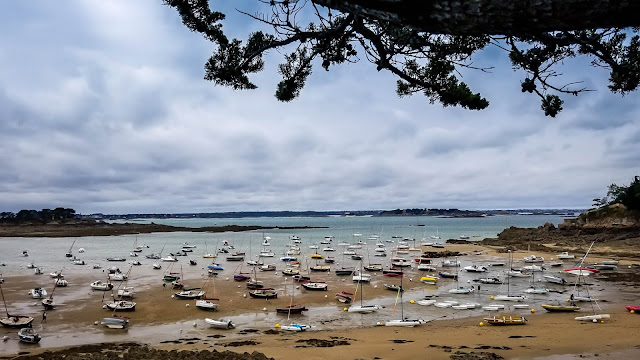 You KNOW - it's got to be fierce here in the winter.
Raging winds and storms. Howling.

Like most Atlantic coasts in Europe.
Cornwall. Connemara. Canaries.

The wind has time to gather speed across the entire Atlantic Ocean.

As they used to say in Ireland, the next parish west - is Boston.

But in summer, it's pretty wonderful.

The seafood is - of course - excellent.

First stop as usual: Moules frites and a pitcher of rosé. 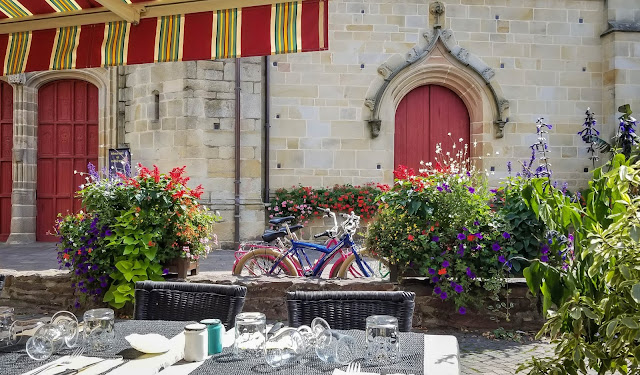 The place is FILLED with flowers.
Particularly hydrangeas.
In almost ridiculous profusion. 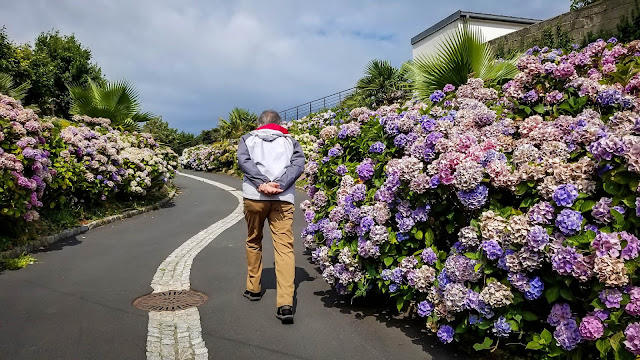 There are also canals.
Rivers.

With barges and locks and flower-filled stone cottages.

Occasionally we venture into the towns.

Brittany is actually pretty busy in summer.
It's "the season". 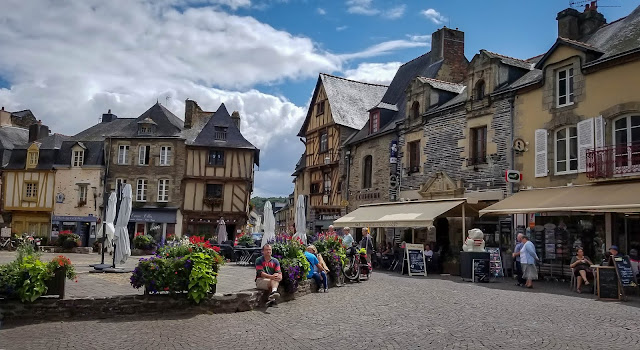 But - the coast is what it's all about.
That's where the magic is.

After about 3 weeks wandering Brittany, it's time to get back onto the trains for us.
Heading back down to Maggie May.

Thru Paris.
Crowded in August with all the foreign visitors. 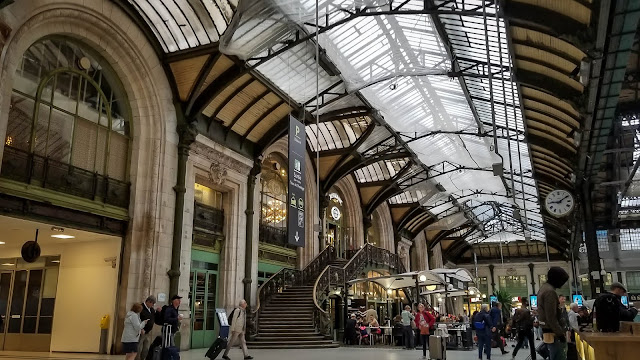 They're all on vacation.