"OUR Castle" - in Ireland

An old Irish castle.
With a ghost and a dungeon and a place for the portcullis to fall.

Even a hole for pouring boiling oil on unwanted visitors.


That was our home for a while this summer.
The ghost we brought ourselves. In a story.


There was Guinness and smoked salmon and mussels and pubs.


And the retelling of the "Ghost of Castle Kilkarney", the book my mother wrote 50 years ago.
About us. And a castle. In Ireland.

In 1969, my parents moved from the Chicago area to Ireland.
We 5 kids - I was the oldest - went to Irish schools. 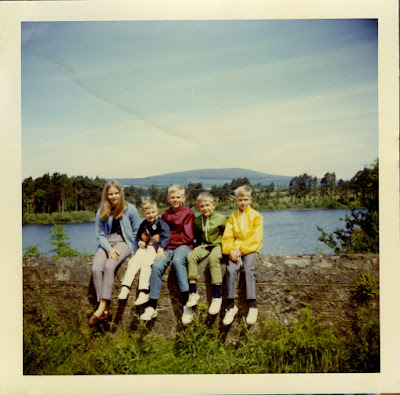 We got uniforms.
Counted money in pounds, shillings and pence.
Learned the differences between roods, perches and furlongs.

Learned what a chancer was.
Messages. A press. A quid.
That "the jacks" and "banjaxed" were not necessarily related.

We lived in an Old Rectory, built in 1725.
Complete with a ghost and an underground tunnel to the graveyard. 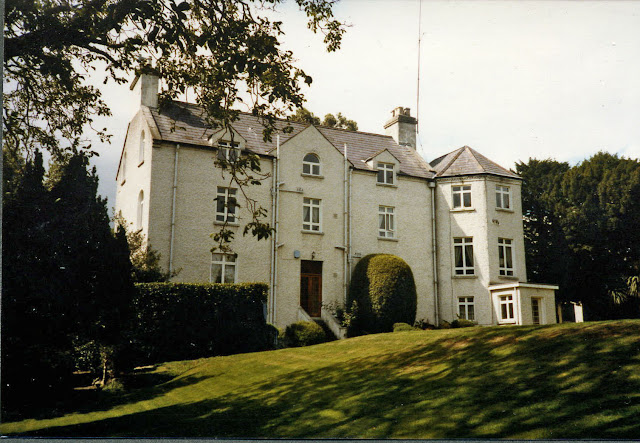 The adjustment from the US wasn't always easy, but it changed our lives.
It also gave us incredible freedom. 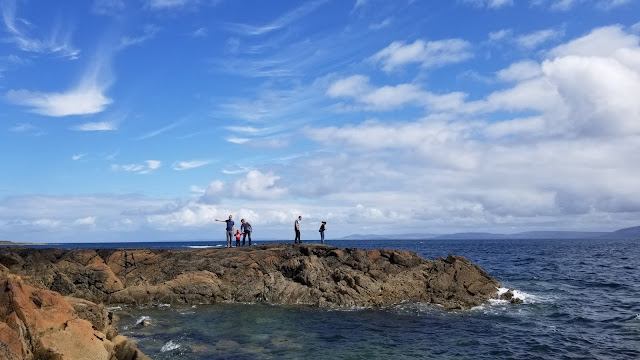 The bus left outside our gate.

From there, we could go on our own into Dublin.
Take a ferry to Wales.
A train to anywhere in Europe.
And beyond.

I wound up going to school in England.
Germany. France. Switzerland. Italy. Ireland.
Working in a dozen or more countries.

We got the gift of thinking internationally. 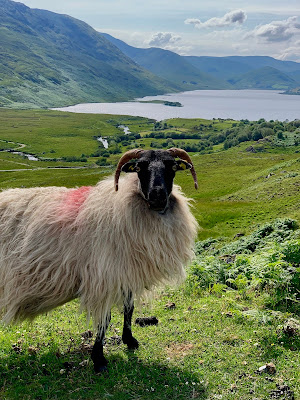 In 1969, my mother also wrote a book in Ireland, starring the 5 kids.
"The Ghost of Castle Kilkarney".


Every day after dinner, she'd read to us what she'd written that day.

When my kids were small, I read the book to them, too.


This year was the 50th anniversary of that book.
We put together a new version, digitized it, included a few pictures.

And - rented a castle in Ireland for a family reunion.
One that was as close to the fictional "Castle Kilkarney" as possible. 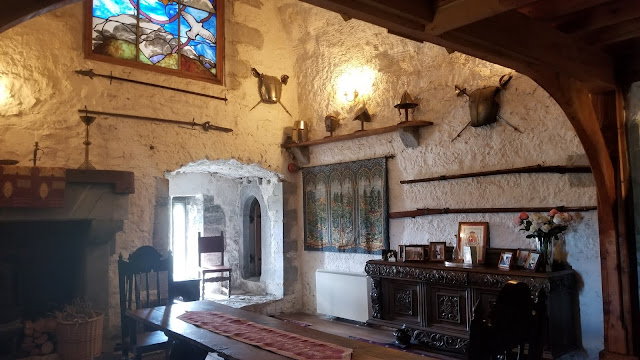 With a suit of armor.
A stone staircase.

We had the place to ourselves.

Cooking, shopping - and driving - was a combined effort. The windows were small and narrow.

The stairway was steep, and wound to the right.
They usually do, so that the defenders could use their right arms for weapons. 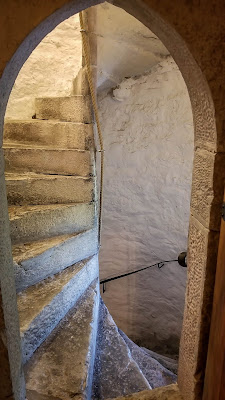 Someone saw a poster for "pig racing".
Off we went - to an excellent local county fair.

Tractors, tools. And - yes, pig racing.
(It was very popular. You could bet on the pigs!) 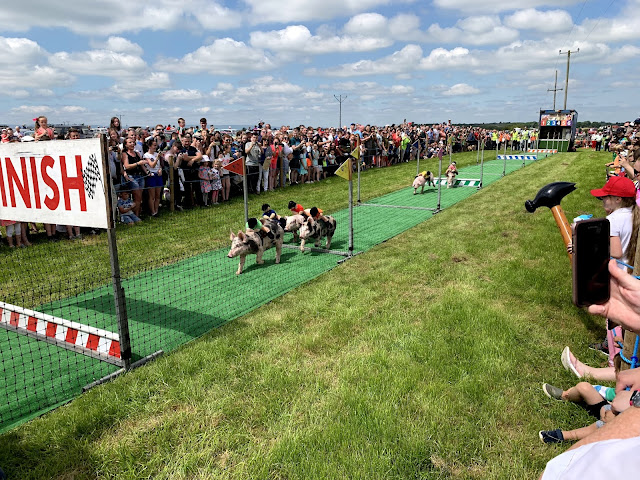 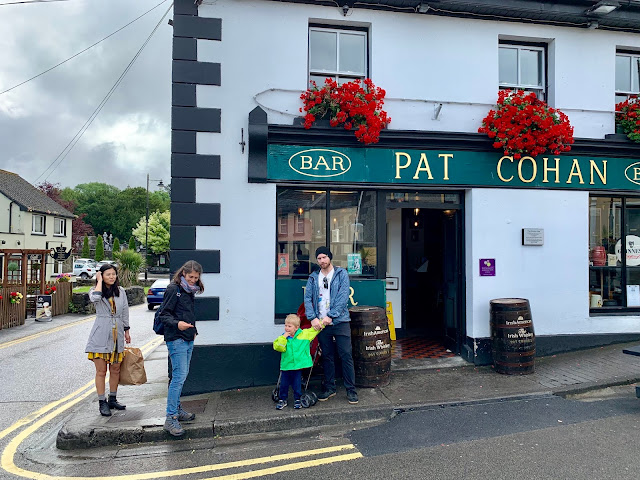 Ireland today is a long way from what it was like in the 70's. 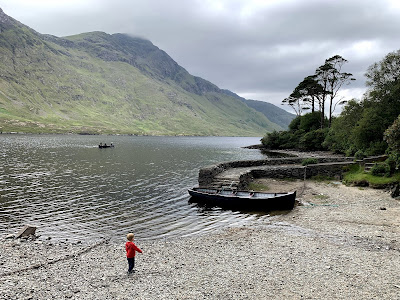 Central heating was a rarity.
Some of my friends' homes had no refrigerators or washers.
Milk was delivered daily, and kept outside on a windowsill.

None of my friends had a car.

The stone house I rented in Connemara had no electricity.

There was a pump in the field for water.
I used turf - that we dug and dried from the bog - for heat.

Something lost, something gained. 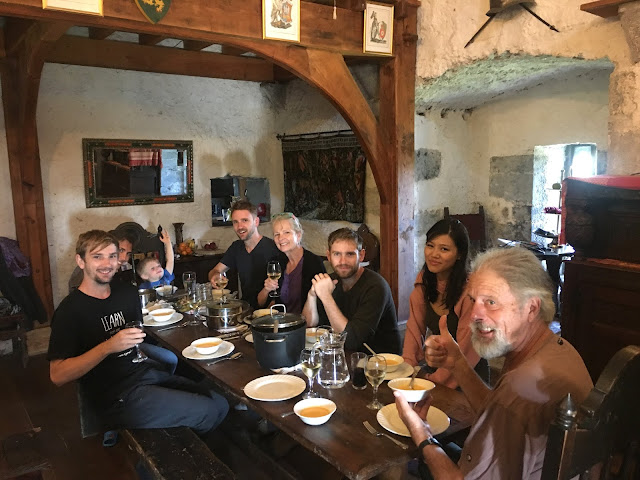 This trip - this family reunion - was a chance to share a bit of Ireland with my kids.
Ireland played such a large part in my life.

My brother Rick also wanted to show his daughter, Tati, where he grew up. 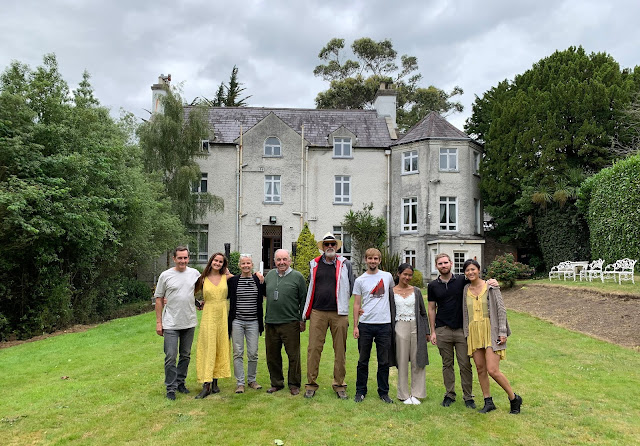 We even went back to our home in Co. Wicklow, The Old Rectory.
The current owners are my parents' friends, Jimmy and Miriam Carroll.

They kindly gave us tea and let us wander through our old rooms.

What an adventure - both then - and now.
A trip with stories of the past.

And now - we're creating new stories of our own.
For our kids - and grandkid.
How cool. 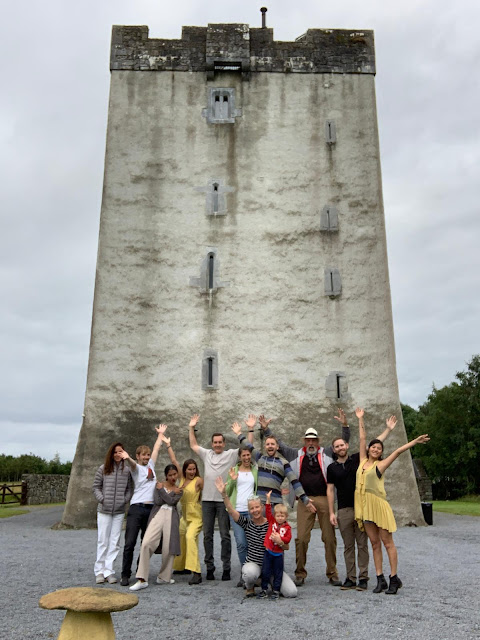 "Remember the time we went to Ireland? And stayed in a real castle?"