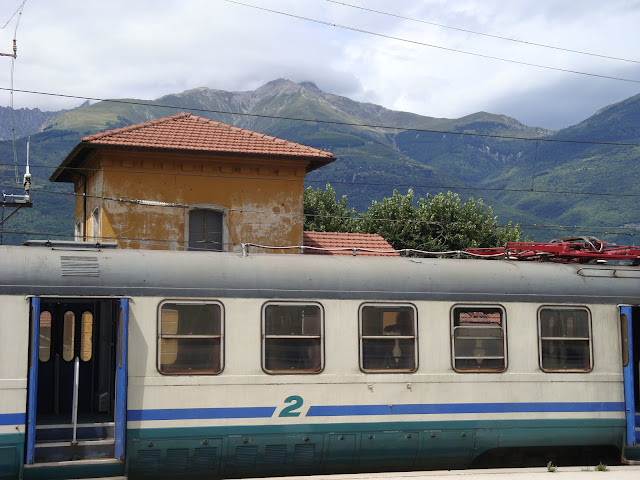 The train was Italian.

We were 4 backpackers.
About 17 years old.

Headed to Venice from Lugano, Switzerland.

Every seat on the train was taken.
The aisles were packed.
It was hot.

We pushed through the train cars with our backpacks.

We came upon the MAIL CAR.
Bingo! No one there.

Were we allowed to be there?
Probably not.

Looking left and right, we made ourselves comfortable on the huge sacks of mail.
Windows wide open. Sprawled.

Backpacks tossed on the floor of the train.
The entire car to ourselves.

BEST seats on the train.

And so we traveled.
In complete unofficial luxury.

To Venice.
For the first time.

It was memorable.
That was my first real train trip.


So Stan and I decided this year - it'll be trains.
However, we chose the year the French Railway system decided to go on strike.


Of course, we bought our rail passes about 3 minutes before they went on strike.


But - I found an overnight train from Paris to Berlin!
A Russian sleeper train.

It really wasn't easy to find.
But it was worth it.


A Russian train.
In Paris. Going to Berlin.

We had 2 friendly Russian conductors.
Just for our sleeping car.

No English.
No French.
They spoke a little German.

And the wonderful style of the woman in the hat?
She was Ukrainian. Visiting her mother in Paris. 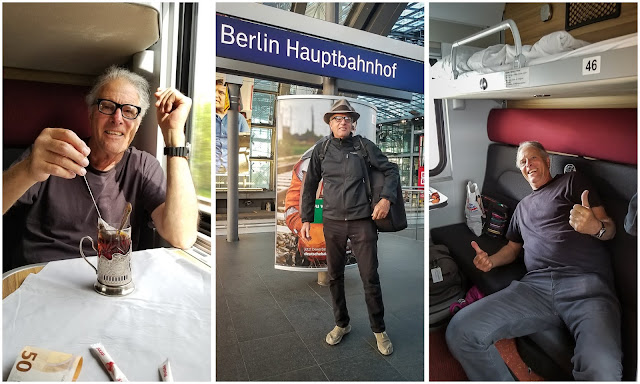 In Berlin - it's family time.
And fresh asparagus season!

Then - by train to Prague. 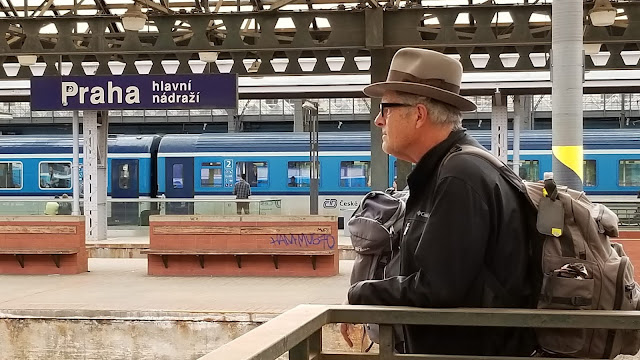 The architecture is still wonderful.
(and the food has somewhat improved)

But now - there are thousands upon thousands of tourists! Yikes!

I remember it as being echo-y and empty.
Foggy and a bit medieval-melancholy.

Another sleeper train.
Prague to Zurich. Overnight.
On our way back to Paris.

The "Bamboo Train" in Cambodia.
The most bizarre of all.

Whatever we were expecting, it wasn't this:


When another train came in the opposite direction, we had to lift our train off the track.
Wheels and all.
To let the other train pass.
Really.


A truly bouncing train in Shan State in Myanmar.
How can a train BOUNCE?
But - it did. 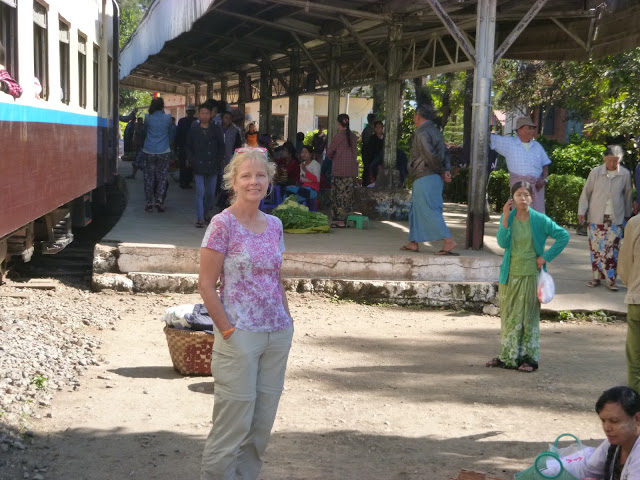 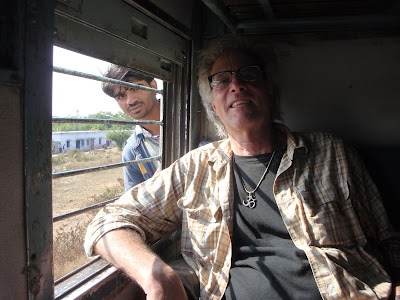 Trains are a good place for friends when you're backpacking.

- and night trains in China. 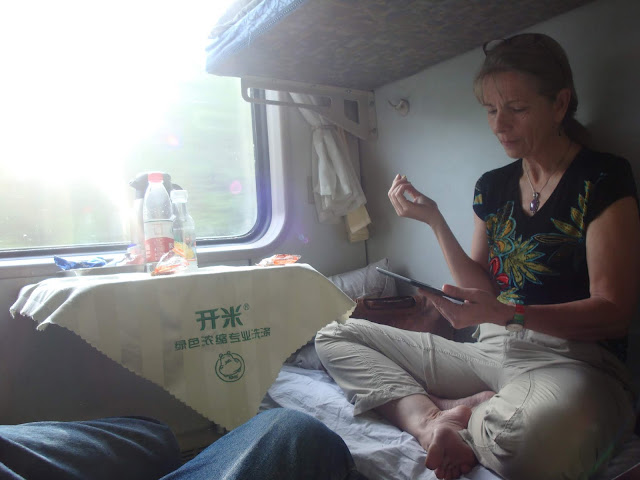 
Even in the States.
The Southwest Chief.

It would have taken us 2 hours by car.
It only took 4 hours by train.

But sometimes, you know the phrase:
- it's the journey. 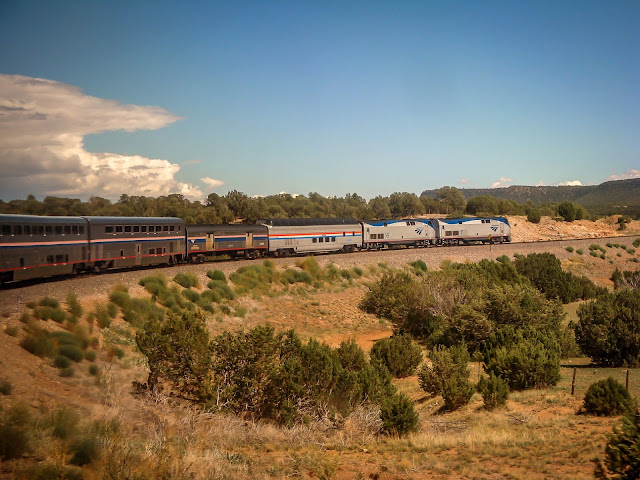 There's just something infinitely cool about train travel.
I know it's just a romantic notion.

People who have to take trains all the time might not agree.
But - I still love it.

The pleasure of being able to just watch the scenery go by.
Reading on a train.
Being able to talk to other passengers a bit.
Sleeping.

Then, not having to park or wait for a jetway to appear.
Just - grabbing your bag and stepping off at a station.

On to the next adventure.

And yes, we DID eventually make it back.
From Zurich to Paris to Béziers.


And while we were in Berlin?
Guess who's getting bigger.

And he's got great taste in books.