We're in the Canary Islands.

On the island of Lanzarote. 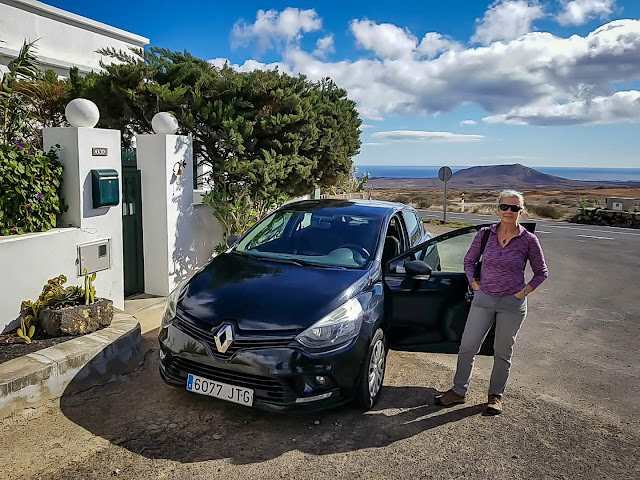 Out in the Atlantic Ocean.
Off the coast of Western Sahara.

Somewhere southwest of Morocco.
Politically, the Canary Islands are part of Spain.
Geographically, they're part of Africa.

Columbus used one of these islands when he set sail for America. 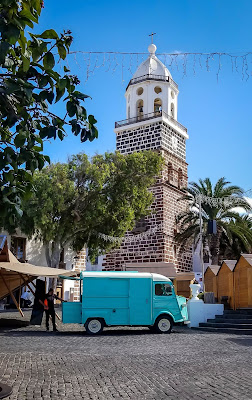 Created by volcanoes.
Lots of them. Again and again. 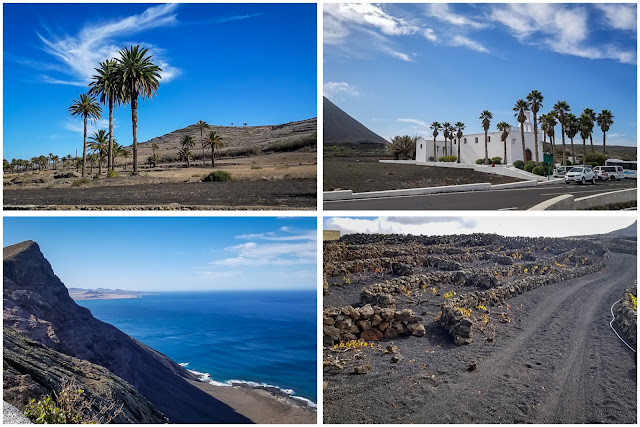 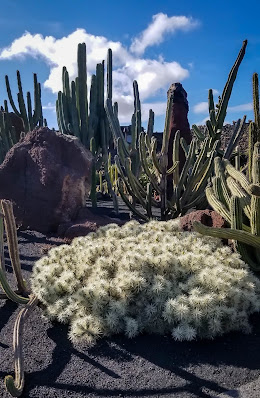 Cacti seem to thrive on the lava.
They're really surprisingly bizarre plants. 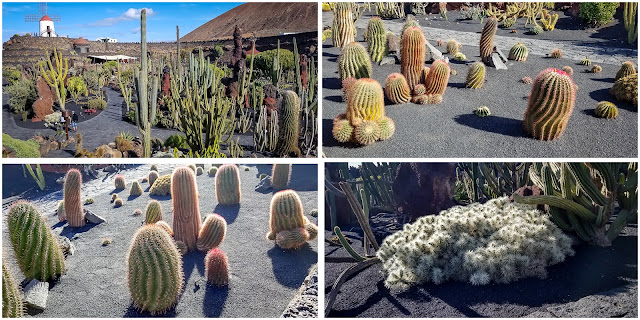 Plus, there are random volcanic islands strewn about the place.

This is the view from our rented house.

It's extreme - inspiring.
Awfully quiet, too. 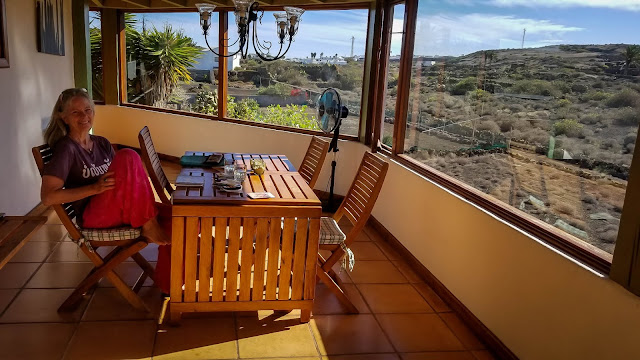 Good for drawing and painting. 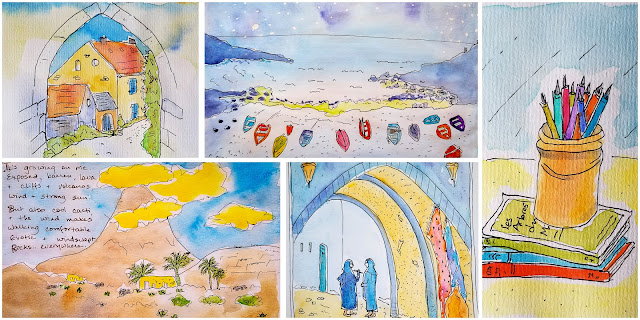 Meanwhile, this is the scene back in New Mexico.

Kilian and friends - skiing in Taos.
Or at least trying.

Here in the Canary Islands, no snow. A little windy.

It makes sense.
I mean - we ARE somewhere out in the middle of the Atlantic Ocean.
The winds have a chance to gather speed - starting from about Bermuda.

-No wonder there aren't many trees. 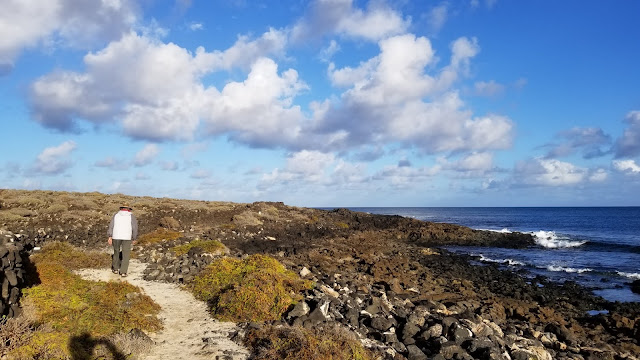 Days are spent taking long walks along the coast. 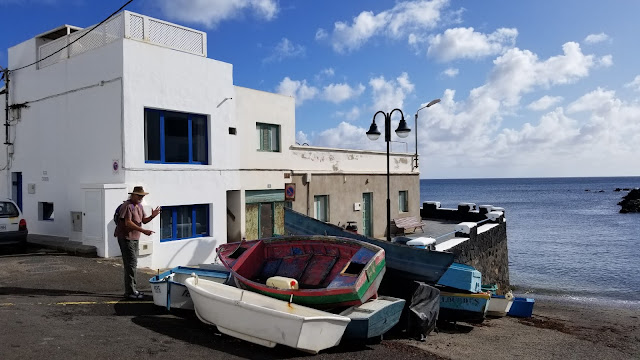 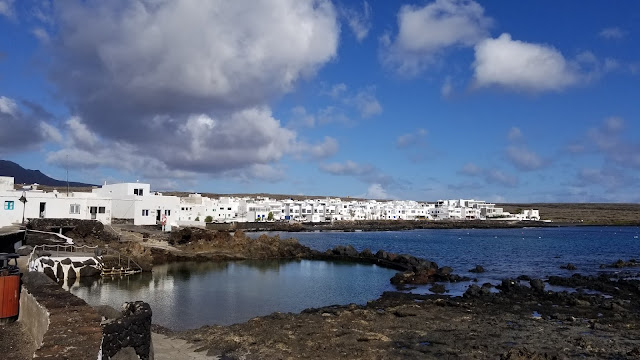 Cool white towns with a smattering of odd nationalities running good restaurants.
We talked to Italians, Brazilians (Brazil is closer than you'd think-) and Polynesian French.

It's an international community.

The best part: cool hiking trails.
Right along the beach, on the lava rocks.


Turns out the Canary Islands were named by the ancient Romans.
Canaria - from the Latin word for dog.

Not for the cute little birds.
Oh well.

While in Morocco, we spent a month in Essaouira.

Then, after almost a month, we're off again.
Binter Canarias Airways to Casablanca. 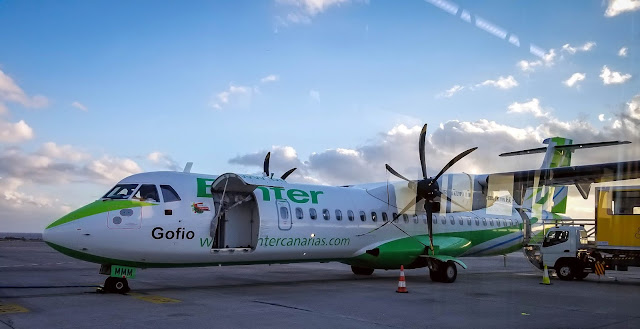 I hadn't heard of this airline before.
They weighed us each before we boarded. And our luggage.

It's a small airline. Small plane.

Life in Lavaland.
-Even without the canary birds. 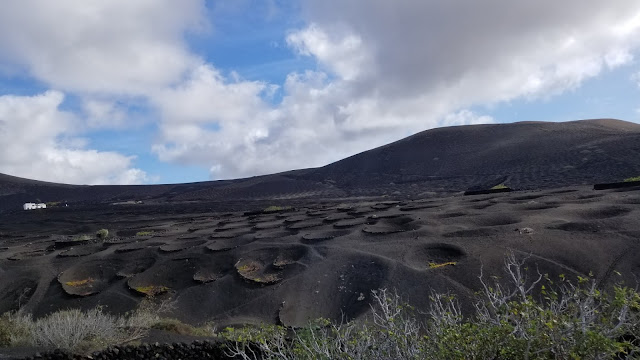