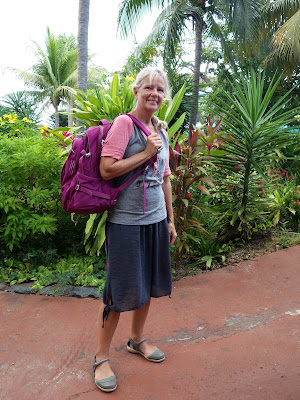 I know it's not for everyone.
A number of people have told me so recently.
I understand.
It would be a difficult world if everyone wanted the same things.

But I'm (still) compelled to go exploring.
There is so much that I know nothing about.

We're heading to Asia for 5 months.
The first month, we'll be in Myanmar (Burma).

It's been on my "list" since I was a kid.
They just had their first election in 25 years.
The results are looking good, but - anything's possible.

It's always a delicate balance, our world.

No credit cards, and ATMs are rare - if they exist at all.
We're supposed to bring unfolded, new, pristine US dollar notes.
Nothing older than 2006, and preferably without the letters AB or BC (I think).

(My local bank branch had a lot of fun searching for bills that fit that description!
They have NO idea where I'm going, and I didn't try to explain.
Everyone had their cash drawers open - "Is this one okay?" "How about this one?"
It was great.)

Then - we'll return to Bangkok, where son Erik works.
With him, we'll go sailing - to the Myeik Archipelago.
It's in the Andaman Sea.

No, I had never heard of it, either.
Apparently, it's beautiful.
But impossible to explore except by living on a boat.

I thought it was part of Burma, but apparently, the people of Myeik have other ideas.
I'll know more afterwards.
Uncharted territory - at least for us.

That takes us to early January. After that, not a clue.

We leave early tomorrow morning.
I'm not counting on any Wi-Fi in Burma, so Happy Thanksgiving everyone!

See you on the other side.
Email ThisBlogThis!Share to TwitterShare to FacebookShare to Pinterest