While most of Europe and North America is HOT,
we head NORTH. 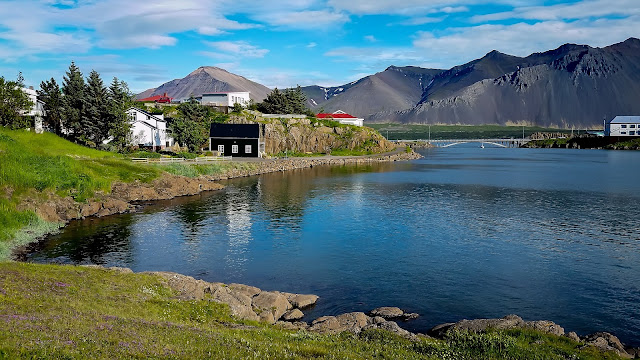 Iceland is WAY up north.
Look how FAR beyond Scotland and Ireland it is! 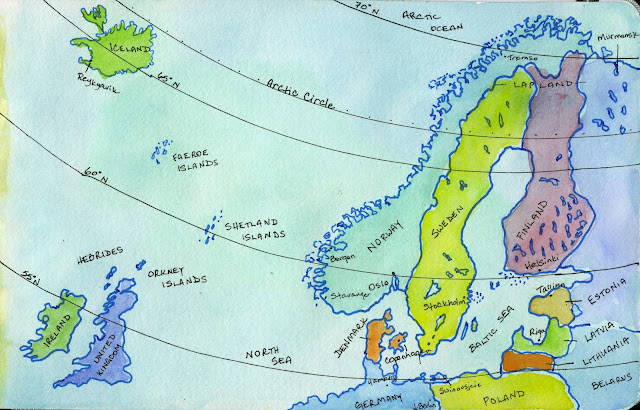 There are only 300,000 people who live in Iceland.
In summer, plenty of tourists.
But most visitors stay in a very small area.

Once off the main route, it feels like there's NOBODY there. 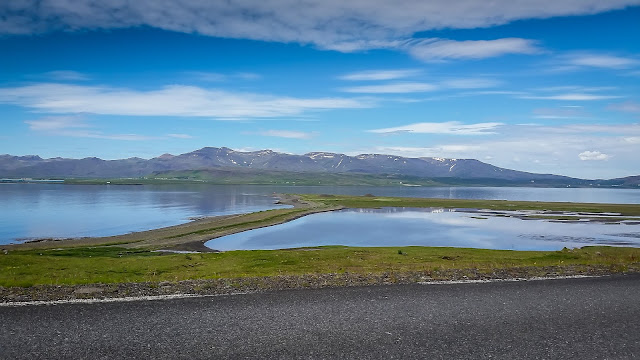 We can stop our car in the middle of the road to take pictures.
No one for miles.
-Maybe a few of those Icelandic ponies.

Or a few nesting Arctic terns.
(Which, by the way, are extremely aggressive! Yikes!)

The terns migrate from Iceland - to the Antarctic - every year.
That's over 12,000 miles - each way.
Further than any other bird.
No wonder they're cranky. 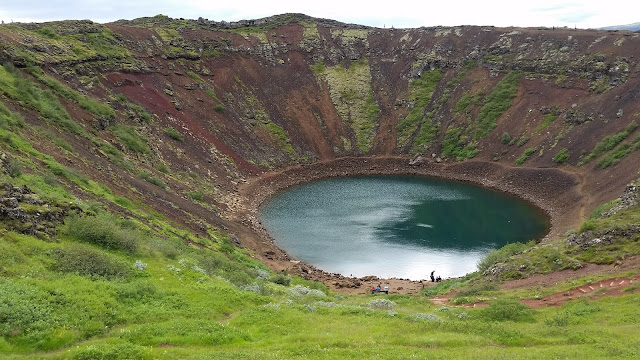 There's even water in the volcano craters. 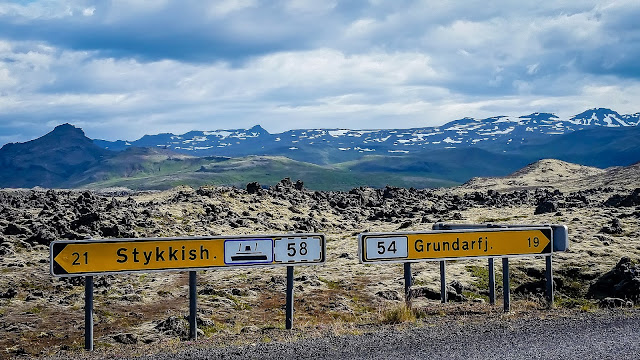 Mikey and Iris join us from Berlin.
We rent a tiny "Elf's House".

It has a hot tub, which fills geothermically!
There's a hose - to add COLD water - if you need it. 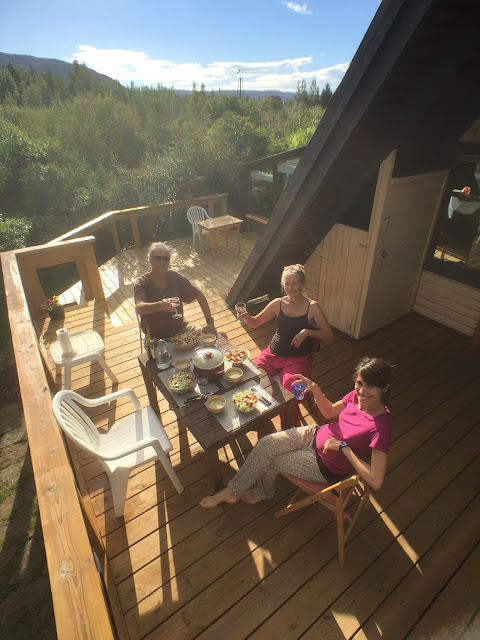 The whole house is heated by hot underground rocks!
How cool is that? 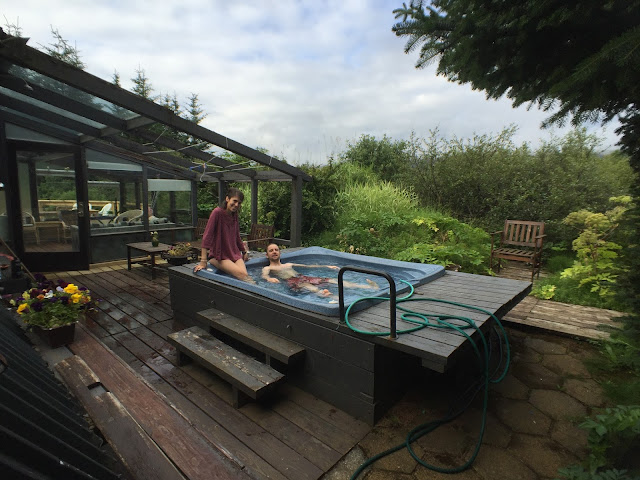 It's July.
So it pretty much stays light 24 hours. 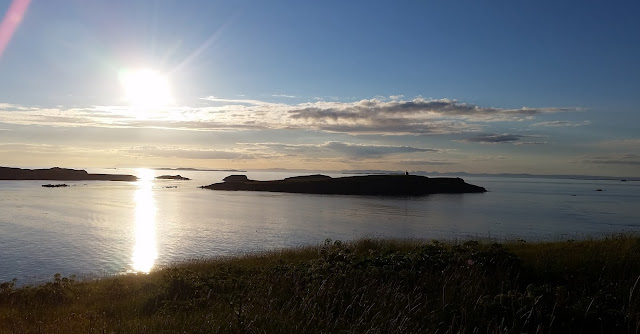 The light itself - is wonderful!
It feels like northern light.

Elf Story
The owner of the Elf House, Siggi, shows us a glen by his house.
His Elves hang out there, he says. (He's quite serious.)

So - Mikey found some wood, a saw, and some red paint in the workshop.

He constructs a small house for the Elves.
Puts it in their glen. 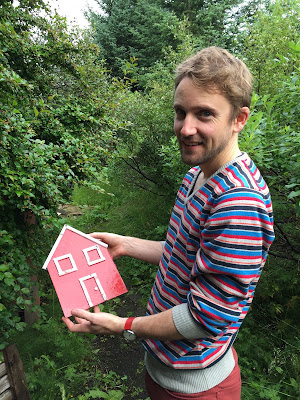 Siggi also leaves us with a package of his favorite food:
Some fermented shark pâté (for lack of a better description-)

Mikey and I both try it.
We figure - we've eaten a lot of weird stuff.
How bad can it be?
It was beyond AWFUL!

We'll stick to the dried fish!
(There's plenty of that!)


I feel very at home in Iceland.
Of course, it probably helps that our visit is in the middle of summer.