SKIING in AUSTRIA!
With - ALL the kids and family.
How cool and rare is THAT?
First trip ANYWHERE for us outside Languedoc in 2 YEARS-!
(I don't think I've spent a whole year in one country in my entire LIFE before.)
And - it was AWESOME. 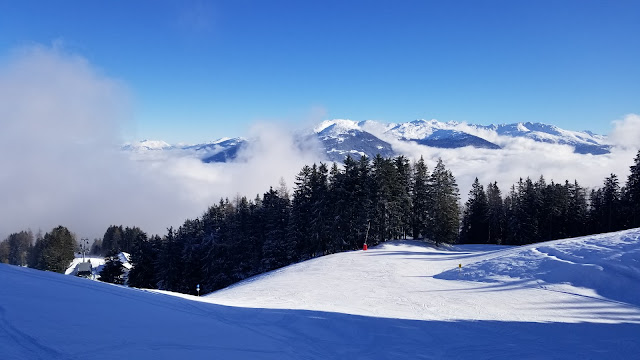 All the kids made it - from Berlin, from the US.
In spite of the threat of cancelled flights, new restrictions.
Even though Austria had just come out of full lockdown.

And: We had the slopes to ourselves.
Sometimes we were the ONLY people on the entire lift - or the slopes.
No lines, no waiting. Parking lots empty.

Almost eerie.
We rented a big house in Igls, just outside Innsbruck.
Where my family used to go when we were kids.
And found a big VW van that fit all 9 of us - plus skis. 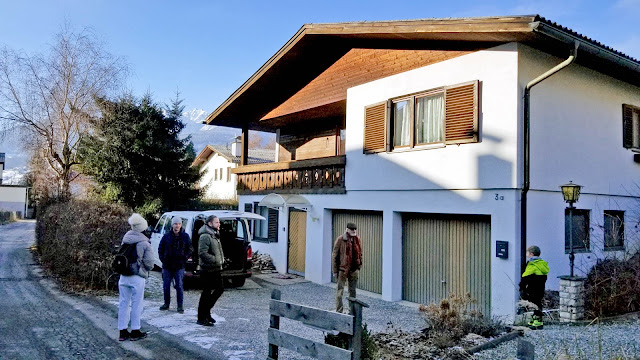 Noah (5) learned to ski quickly. And fast.
His parents are both good skiers.

Ray was a first time skier too. (Not much snow in Thailand-)
She also learned quickly, with Erik's help. 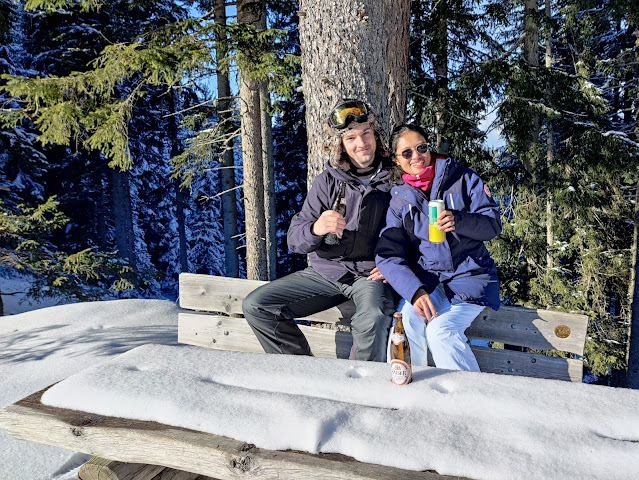 Kilian is the only one who's been skiing regularly, in Taos, New Mexico.
He was also pretty excited. He's been teaching Aidan - another quick learner. 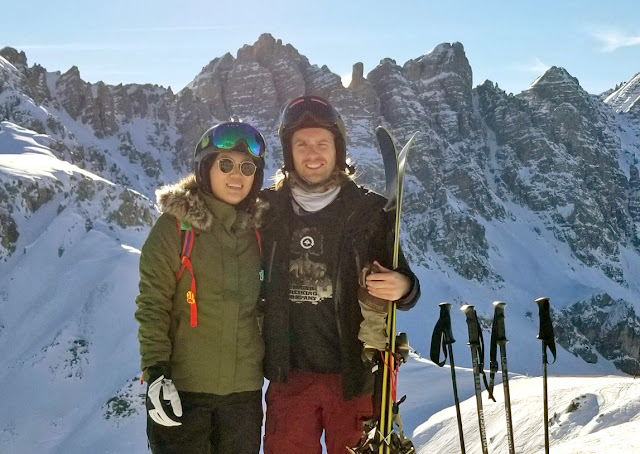 Meanwhile, Stan had the house to himself all day, while we were skiing.
Which - was just fine with Stan, who was working on a big music project.
This is more his style: 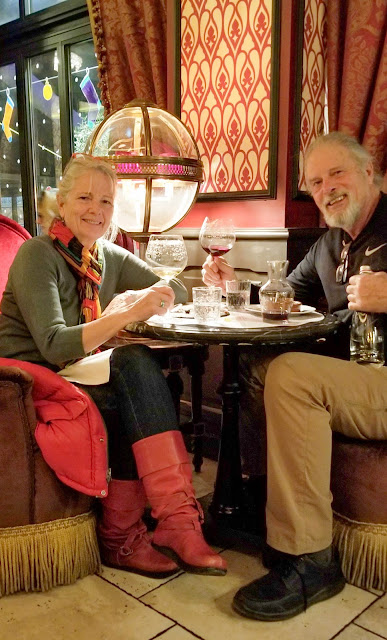 We did plenty of that, too.
He and I took the train from Narbonne to Innsbruck, through Switzerland.
Spent time in Alsace and Burgundy and Zürich, staying in cozy hotels, eating and drinking well.
Me? I haven't been skiing much in the past 10-15 years.
Maybe a half dozen times, usually with Kilian.
I wasn't sure how it would go.
But - after a day or two, it felt comfortable again. 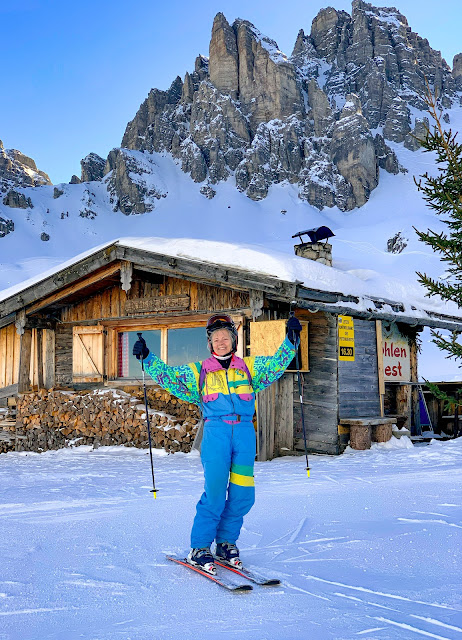 And - I'm STILL wearing the same ski suit - the now "retro"
onesie - that I taught the kids to ski in decades ago!
Okay, if you go back even FURTHER:
Here I am, in Igls, at the top of Patscherkofel, in 1966.
Exactly where we are now.
With cable ski bindings and leather lace-up boots. And yes, I think that's a St. Bernard beside me.
Probably wearing the requisite cask of brandy, too.
Totally old style.
We skied every day but one, when we explored Innsbruck.
Different mountains, including ones used for Olympic downhill and slalom events.
Some trails had neat little huts located strategically for hot spiced wine.
Or a picnic and a bit of ski slope yoga in the sun. 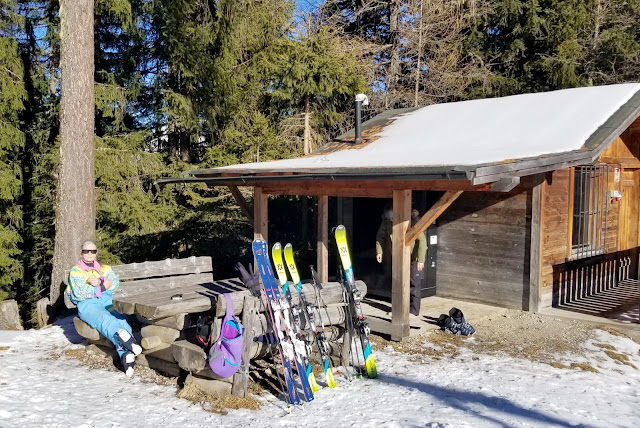 So how was the official part -? Covid and paperwork?
This Itchy Feet Comic pretty much says it all:

Not the Swiss - not the French - not the Austrians - even the train people never checked our Senior Pass Cards. Or the negative tests. Or the entry forms.
NO ONE was interested in all their required paperwork. * sigh *
Yes, we're all triple-vaxxed. (And Noah already had covid-)
Yes, we have to show proof - the QR code on our phones - to enter public buildings.
Yes, we have to wear masks, even on the ski lifts, which - is kinda difficult!
Under the goggles and the helmet, over the neck warmer or scarf?
But - at least there's a system, and - we could go skiing. 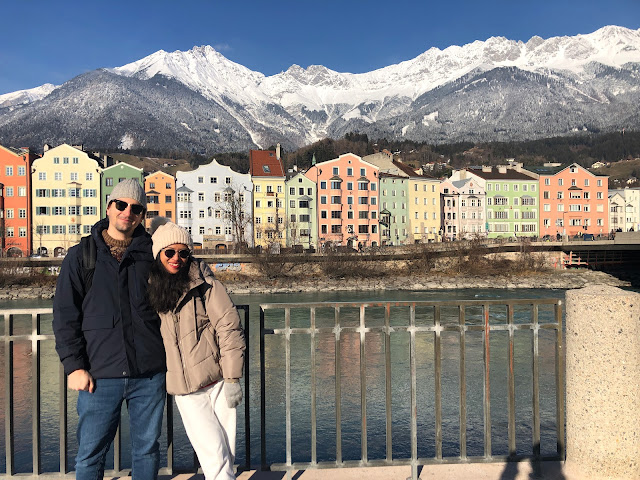 The other half of the covid part-? NO ONE WAS ANYWHERE.

Not in the cities. Not on the trains. Not in the restaurants.

Ok, it was January. It was cold. 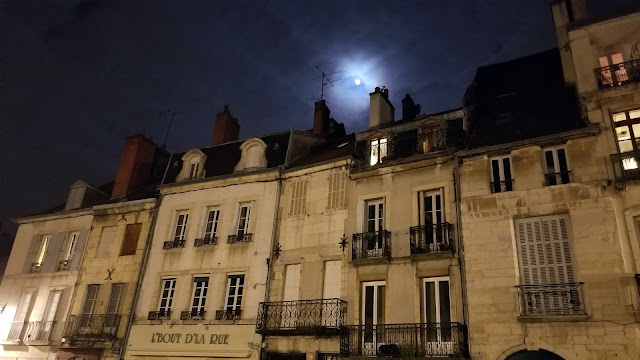 But - still. Kind of eerie. 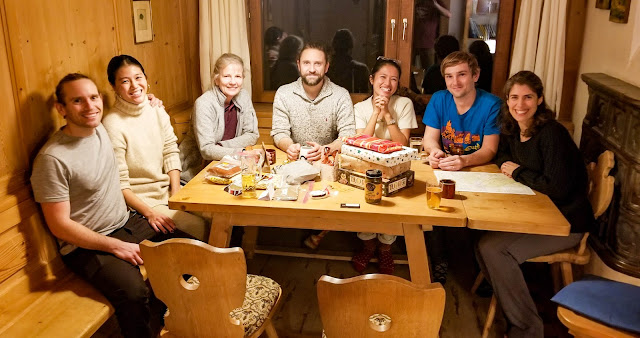 Everything from New Mexican green chile stew and homemade posole

- to Thai ramen and Italian pasta.

And plenty of hot spiced Glühwein. 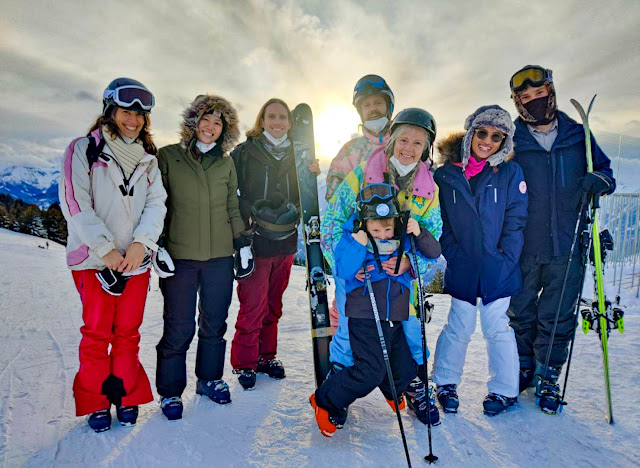 So good to all get together again. And - skiing!

It's been a long time. 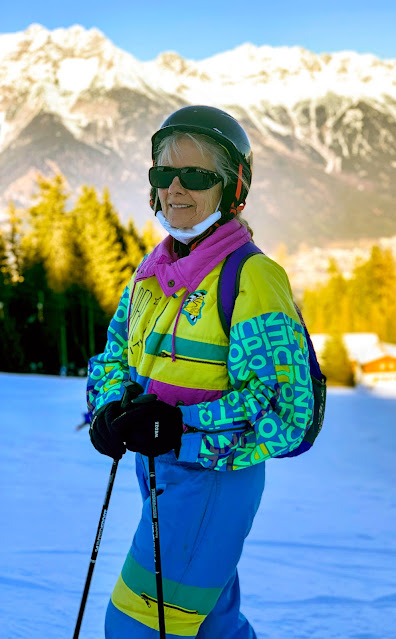 SO glad it all worked out-! 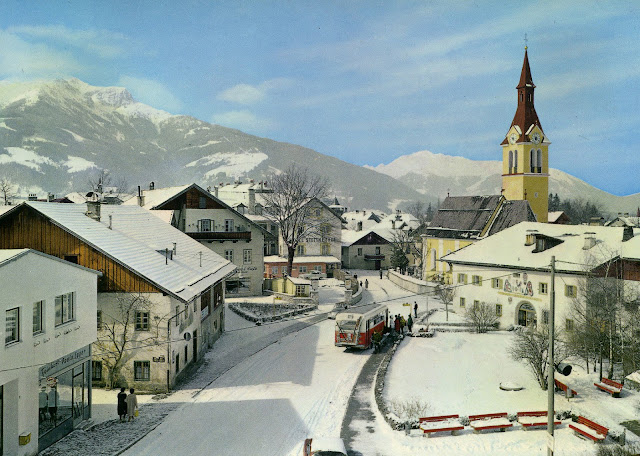 Not too much different now.
It's still - kind of magic. 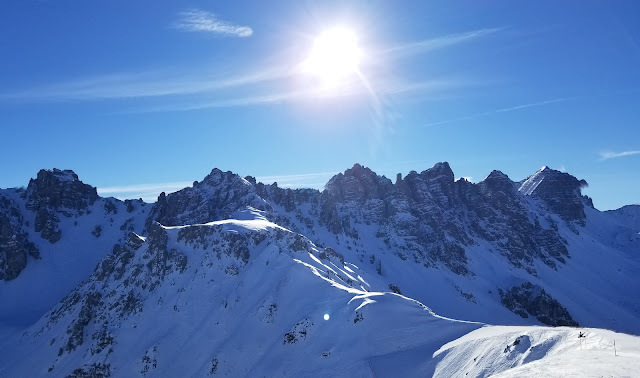 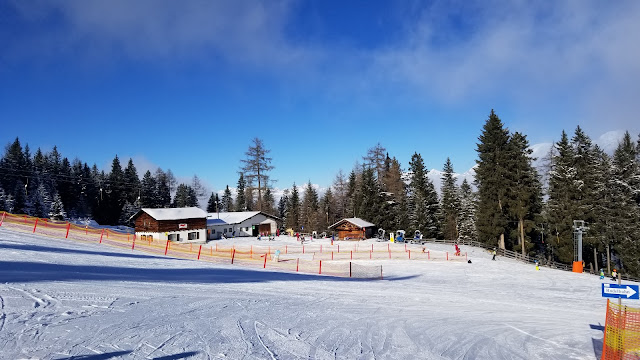 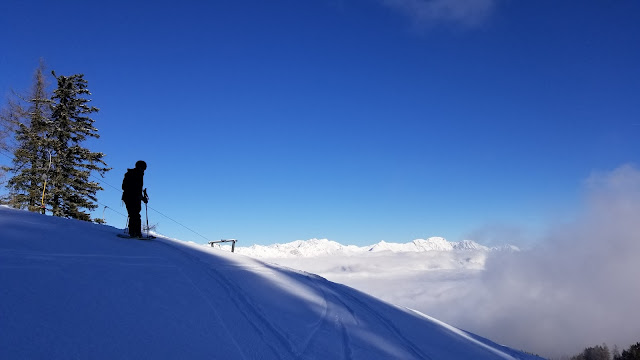