Maggie May Goes Back in the Water Again - Good-bye Shipyard!


Leaving Berlin, it's back to the French shipyard for New Year's Eve.

Our last few nights living "on the hard".


It's time to go back into the water.

First, the Hérault River - to the Ecluse Rond (Round Lock).
And from there, back to the Canal du Midi.

Yes, we've been looking forward to it. 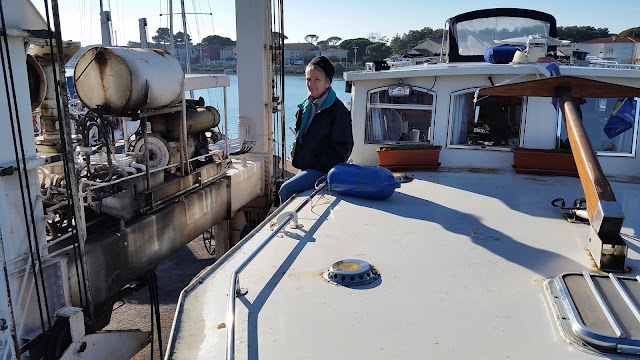 Still - it's a bit of a nail-biting experience.
Maggie May gets put into the enormous sling - all 23 tons.


We try to do all the necessary steps right. 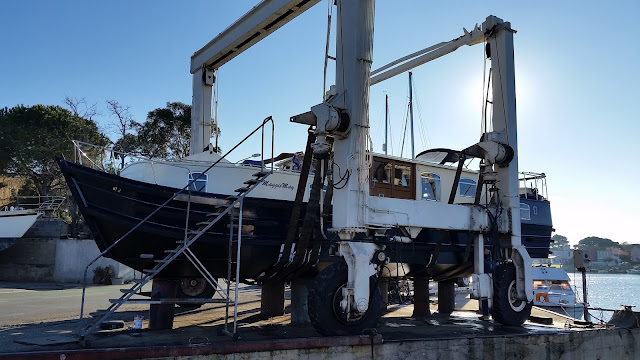 We struggle a bit with all the unknowns.
We are returned to the water just as it gets dark.
Everything seems last minute.

I crawl around the big wheels of the lift machine, trying to secure the boat.
I use my phone as a flashlight.
Just hoping I don't fall in.

And: After the work that was done:
Will the new seacock valves leak?
Will the engine even start after 8 weeks? 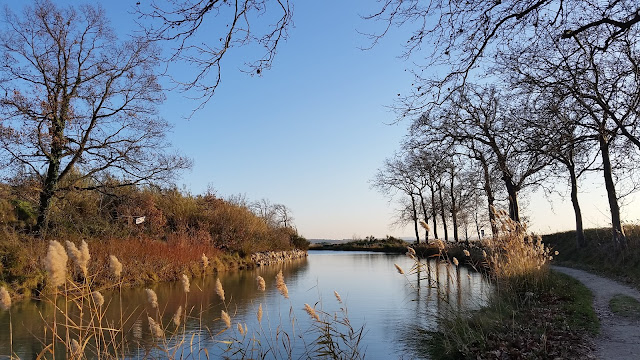 Can we make it up the river and through the 11 locks without issues?
Some of those spots are VERY narrow. And it's winter!

The locks are being opened specially for us.
Will the lock keepers be there on time?

So it's - good-bye Mediterranean living.
We're heading back to the Midi. 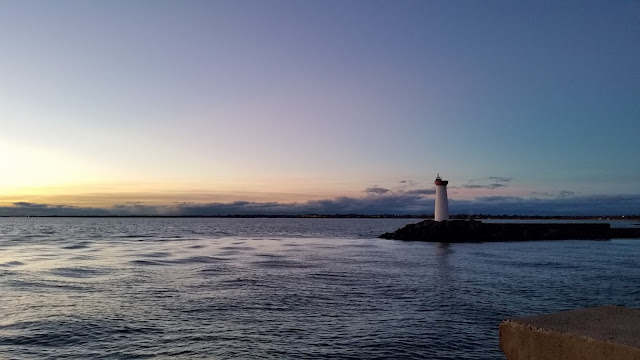 This transit was a major step for us.
There was a sense of urgency, too.

Our spot in the shipyard was already taken by the time we were out of sight.
And - with the enormous fishing trawlers creating huge waves, we didn't want to spend the night in the river.

And: Ol' Maggie May makes it, in spite of fierce winds and bitter cold.
We have our reserved "spot" in Poilhes, our winter mooring on the Canal du Midi.

The next day, we meet a Scot on a narrowboat.
(The canals in the UK are much narrower, so they build the boats there skinnier.)

He's cranky. We've taken the spot by the water mains. (It wasn't our choice-)
Then, he regrets his crankiness - and invites us to his 60th birthday dinner.

Turns out, he's a bagpipe player.
Somehow, this was not the way I pictured our local French bar.

By the end of the evening, we've met another dozen boat people.
English is the primary language, much to Stan's relief.
So - we're back where we started, on the Canal du Midi.
But: Now Maggie May is ours.
We've learned a LOT about boats in the meantime.
My French nautical vocabulary has improved.

It's January, and it's cold.
But the view out the cabin window in the morning is lovely. 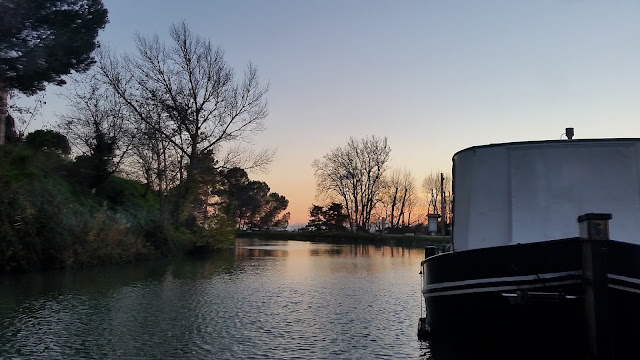 We've been in France since November.
For now, we only have a limited amount of time on our tourist visas.
We have to leave the Schengen Area (which includes most of Europe).

East or West?
We spent last winter in the Far East, so West it is.

The Caribbean calls us for couple of months.
At some point, we'll apply for a longer visa.

On the way, we stop in London for a few days.
January is time for museums and riding double decker buses in the rain.
Even visiting a friend or two. 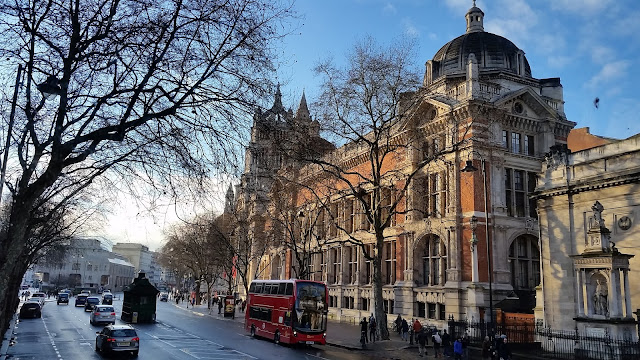 For now, it's good-bye Maggie May!
See you in spring!

We miss you already. 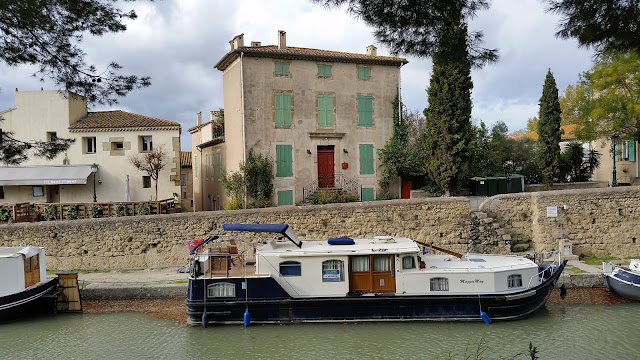