Never Look a Gift Car in the Trunk 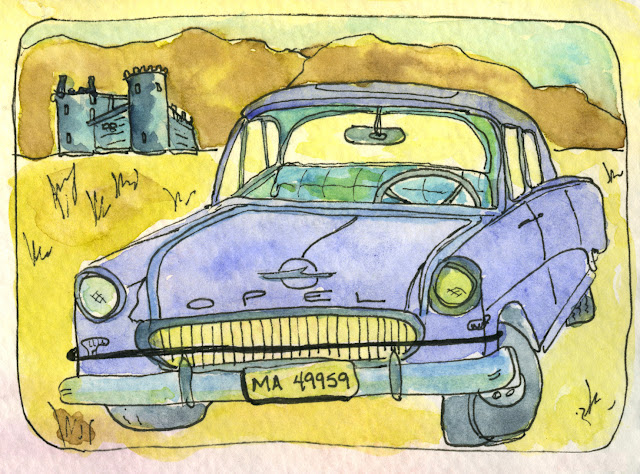 I was hitchhiking through Scotland at 17 with a girlfriend.

In Glasgow, some guy offered to sell us a car, for five pounds.
An old 1960 Opel Rekord.
It was registered in Sweden, so the steering wheel was on the wrong side for Scotland.

The passenger door was held with string.
The trunk didn’t open.
It leaked and the radiator needed daily refilling.

Never mind that my friend was American.
She had never driven on the left.
She didn’t drive a stick shift.

I could drive—barely—but I didn't have a license.
My family lived in Ireland, where the driving age was 18. 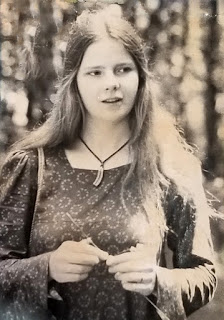 But - there wasn't as much traffic in those days.
Did I mention that the steering wheel was on the wrong side?

So we bought the car.
Paid the five pounds.
We managed somehow to get through Glasgow.
Glasgow!
Then - stopped for two Scottish hitchhikers on the road north.
They looked at us, at the car, and politely declined.
(obviously, no sense of adventure-)

Then we stopped for two British guys, who could actually drive.
2 American girls - in a CAR? (No one our age had a car back then.)

The 4 of us drove up to Inverness, to the Cairngorms (snow!), to Aberdeen, and beyond.
Exploring castles, pubs, Dodging sheep on the narrow roads.
At the end of the journey, we sold the car in Edinburgh—for five pounds.

Then took the train back to London. 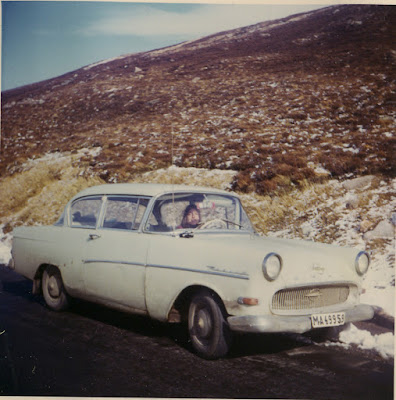 Wonder what was in the trunk?