Between the Mediterranean and the Pyrenees: Collioure & Catalonia

Where we live in France is WAY south.
In fact, it's very close to Spain.

Just a couple hours from here to Barcelona.

I never knew that the Pyrenees are SO close to the Mediterranean.

You can see both the Pyrenees AND the Mediterranean.
From a small hilltop in our French village.

We had enough winter.
So we left the boat in the rain.

There's a tiny corner of the world.
In France and Spain.

Between the Pyrenees and the Mediterranean.

Catalunya, in Catalan.
Some say it means "Land of Castles".

At one point in history, it was all part of France. 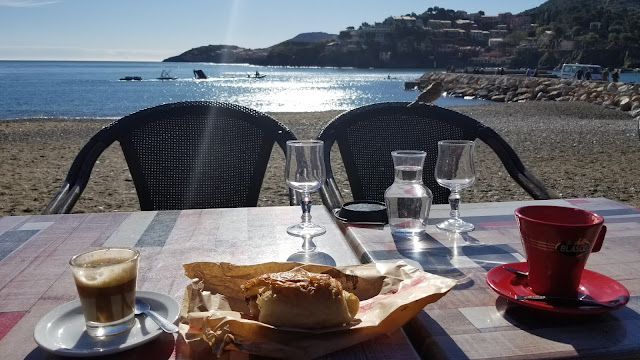 The issue is still contentious.

But Catalonia is not only part of Spain. 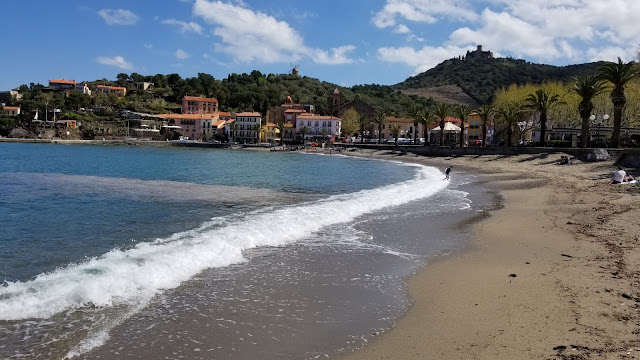 There's French Catalonia, too.
It stretches across the Pyrenees.

Catalonia - in Spain or in France - is beautiful.

They speak Catalan.
Similar to the old language in our area, Occitan. 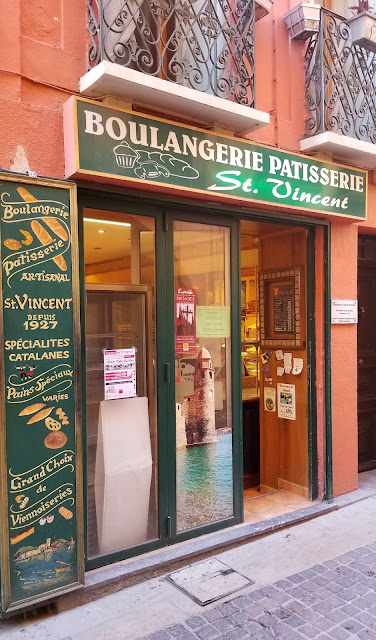 In Spain, signs and menus are in often in Catalan.

In France, everything must be in French.
It helps unite the country.
France used to be a fractious assembly of diverse regions and languages.
Not all that long ago. 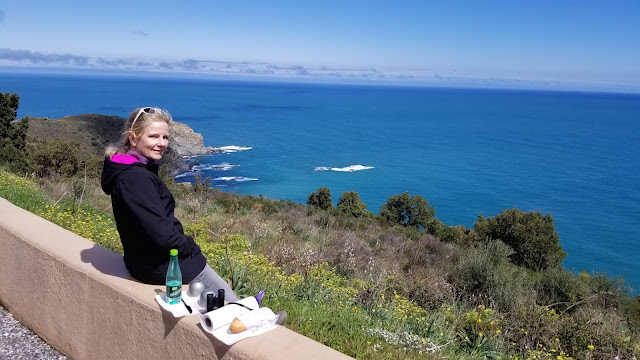 But - it's still snowing in the Pyrenees.
They're surprisingly serious mountains.

So we head to the coast.

To Collioure, just north of the Spanish border. 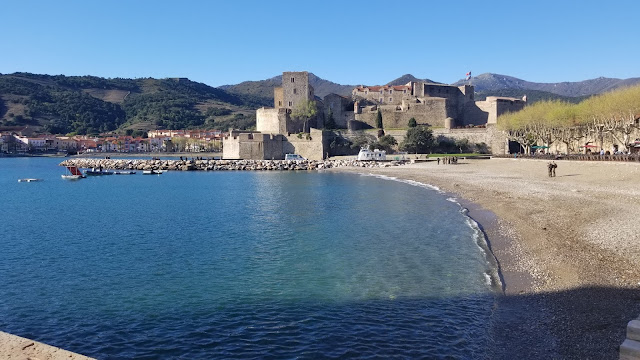 Dali lived near here.
(A boating friend of ours, Anton, lived next to him.)

It's a ridiculously artistic place.


The capital of Catalonia - on the Spanish side - is Barcelona.
We find an evening Mozart concert in a HUGE cathedral. 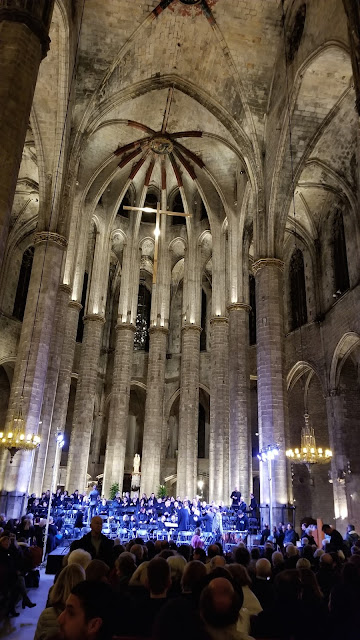 Just looking up at the incredible interior!
With the music - so cool.

HOW did they built these amazing structures?
In the 1300's. 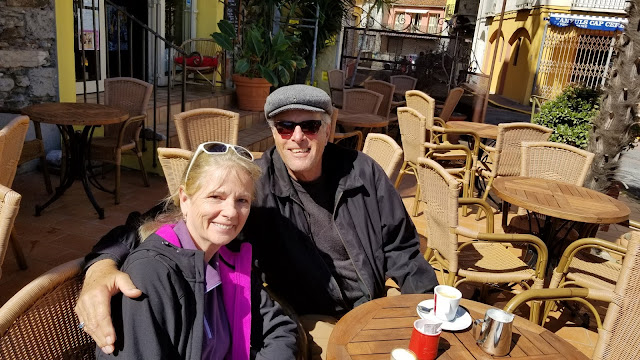 And a sidewalk café.

In the welcome morning sunshine.