How to Handle Manual Locks? Cruising the Lot River.


The Lot River is beautiful.
But - it doesn't have much boat traffic.
So all the locks are manual. 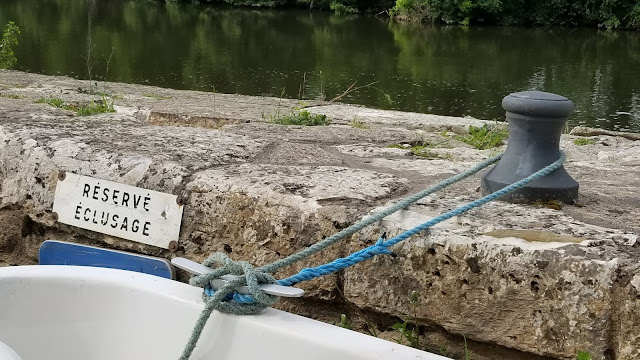 So we do the locks ourselves. 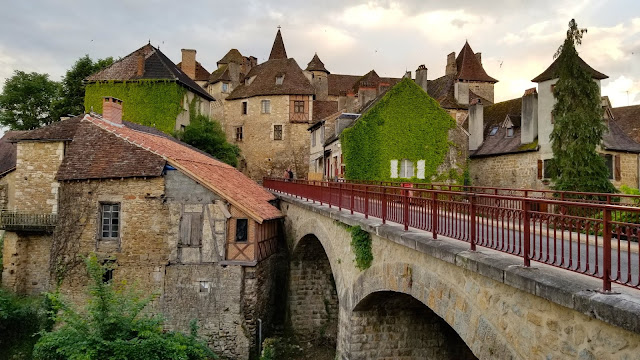 It's a ridiculously picturesque region.
Dripping with medieval villages, châteaux, caves and castles.

And - as they say - a river runs through it.
(A couple of big rivers, actually.) 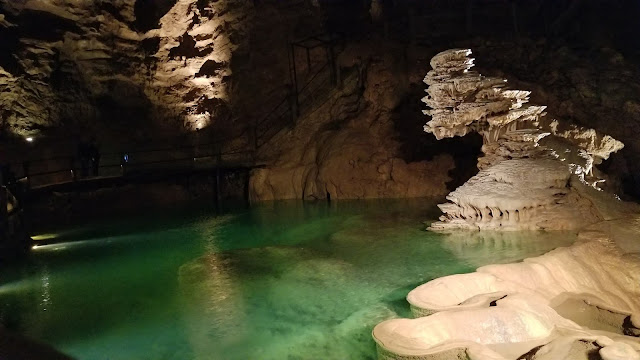 Underneath all these cliffs are masses of caves.
Some with prehistoric drawings from 30,000 years ago.

Some with rivers.
But that's another story.

So here's our system while cruising the Lot:

Stan gets to do the locks.

I drop him off, and he cranks the machinery. 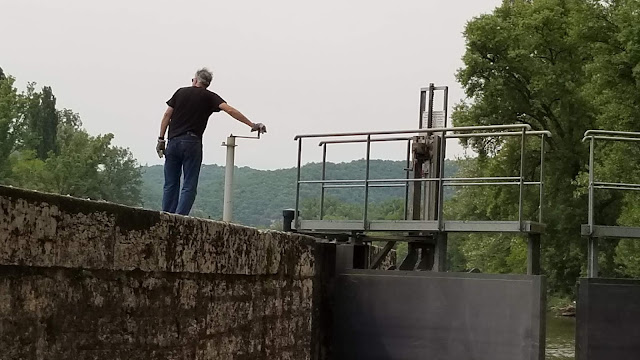 Close one side of the lock.
Open the sluices.

It takes about a hundred turns of each crank.

When the water equalizes, open the gates.

One gate at a time. 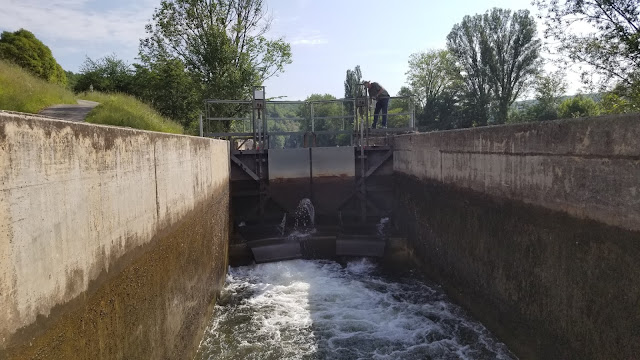 I drive the boat in slowly.
Toss the lines up to Stan.

I hold the boat while the water rushes in.
Or out.


He finishes the maneuver.
Opens the exit gates.

Not always easy.
Chunks of logs sometimes get wedged into the gates.

But it works.
No electricity, no engines, no batteries.

Just the weight of the water.
Gravity. 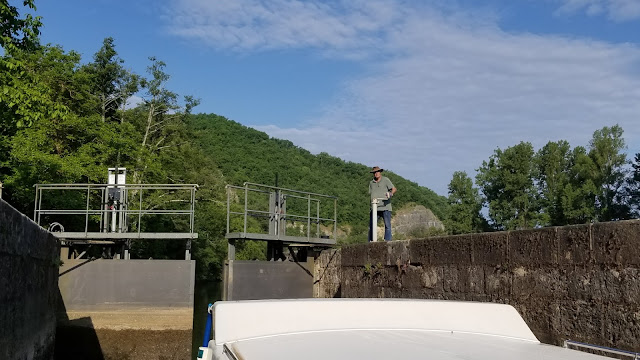 Then, he climbs back down onto the boat with help of ladders built into the lock walls.

On the Lot River, you can fit 2 boats max in a lock at a time.
Normally, there aren't any other boats.
It's pretty quiet. 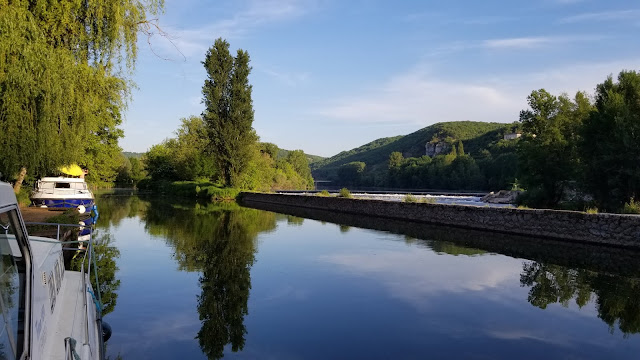 Driving the boat isn't hard.
There's plenty of space, and plenty of time to get it right.

If you don't get it the first time, just - try again. 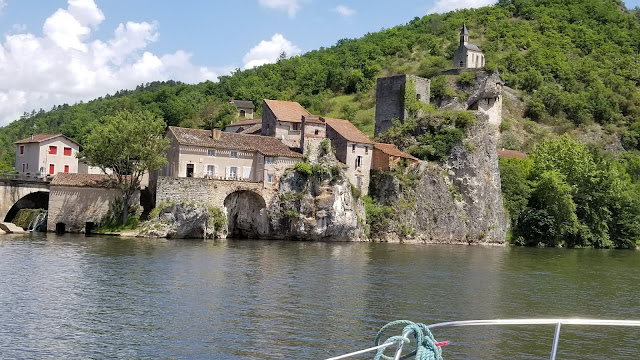 And a few herons.


However, unlike the Canal du Midi, the strong river current is a factor in mooring.

Upriver is easier.
Against the current.

Bring it in close and slow, so Stan can jump off just right.

Then secure it quickly.
Before it starts drifting downriver. 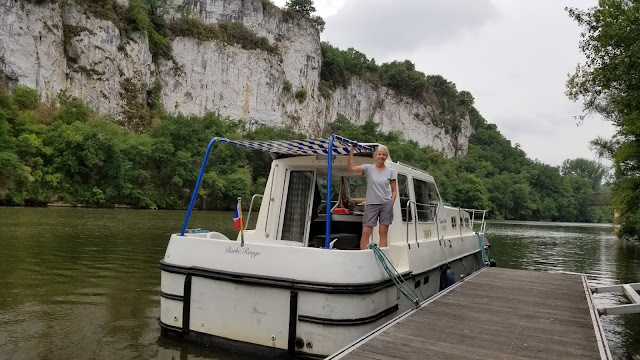 Pay attention to the signs and buoys.

This small arrow is the only sign that says, "Enter lock here".
If you miss it, that's a big waterfall to go over. Yikes. 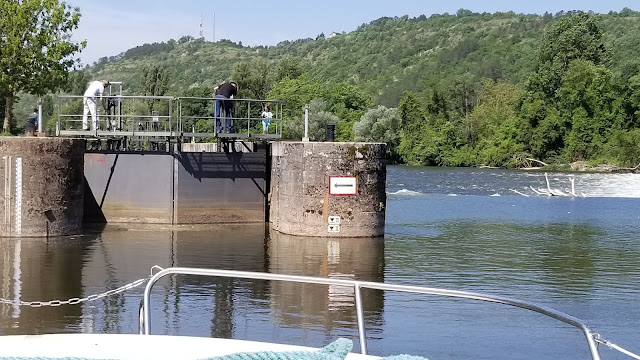 One night, a fellow fell overboard in the dark. (splash!)
Not from our boat.

He was trying to moor not far from us. He thought there was a pontoon.
There wasn't. It was just branches.

It was nearly 10 pm.
Too late for rental boats to be moving.

Someone pulled him out of the water. They cruised off - at night.
Looking for someplace to moor.

Who knows what happened to them after that? 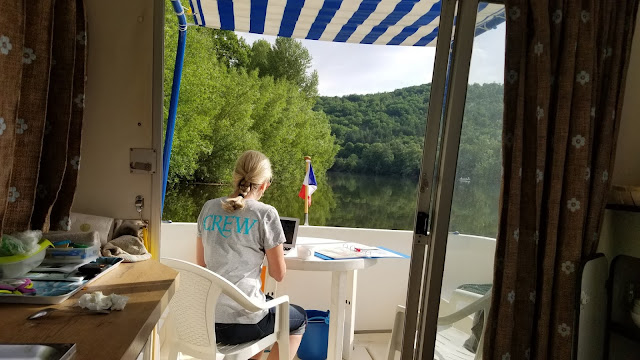 We never saw them again. 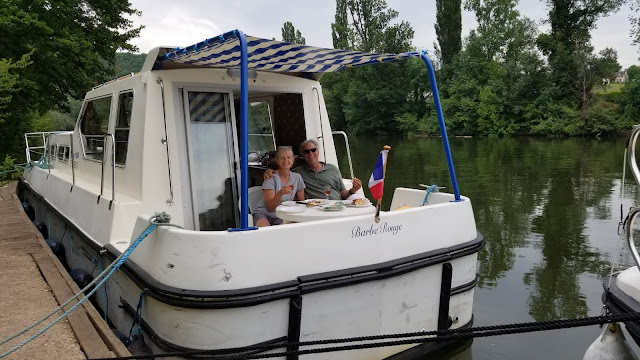 Why rent a boat when we live on one?

Well, you can't get from the Canal du Midi to the Lot River.
There are waterfalls and dams in between. 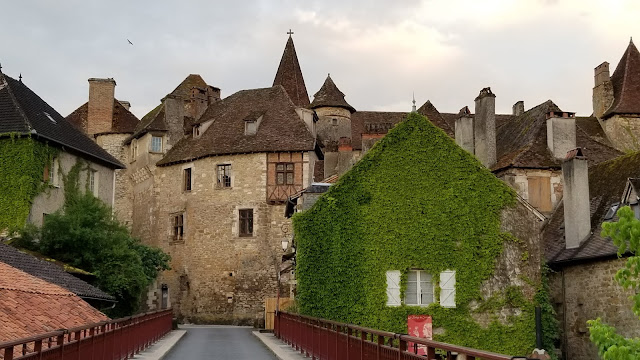 But what an incredible region!

Each town is a medieval gem.
History everywhere. 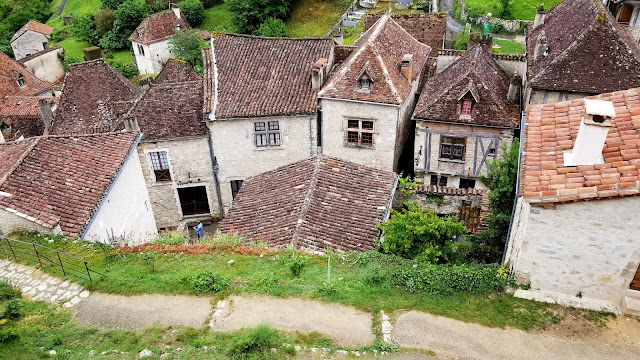 The villages we passed were very rural.
They were amazed when I told them we were American.

"You came HERE?
From America?

How did you find the Lot?" they asked. 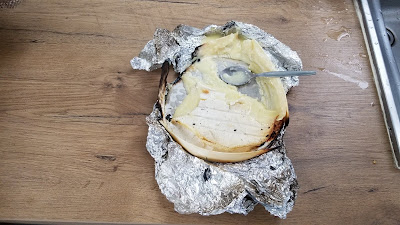 A couple of fishermen came by.
They baked us a camembert cheese in the wild one night.
On an open fire.

With a fresh baguette.
Offered us a wiggling catfish as well.
Just caught.

Talked to a few teens.
Bored on a Sunday afternoon.

Dreaming of the big city, Toulouse.

It's another world here. 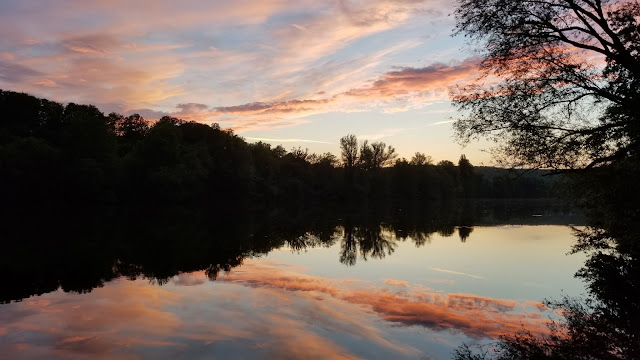 This is a small corner of a beautiful country.
Okay by me if it isn't too exciting.