Staying in France: the Long-Term Visa 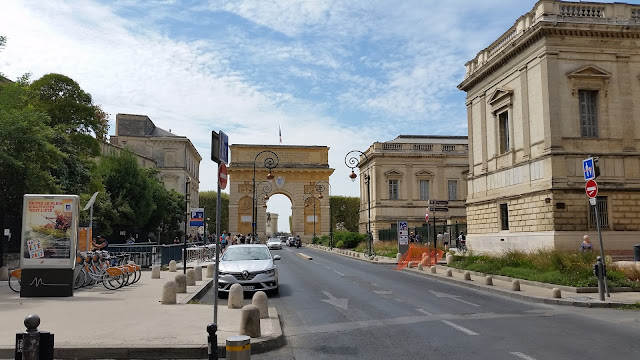 Off to the big city of Montpelier to finalize our French visa.
This is a Big Deal, and the Final Chapter (I hope!) in the long process of obtaining a visa that will allow us to stay in France for as long as we want.

But - it hasn't been easy.
France LOVES its bureaucracy.
There are lots of administrative hoops to jump through.

Anyone who has been through this process knows what we mean.

It involved:
- 2 flights to the French consulate in Los Angeles.
- 2 medical exams.
- Lost applications.
- Interview at the Préfecture in France after arrival.

- letter of statement of purpose, signed and notarized
- letter promising not to engage in gainful employment while in France, signed and notarized
- letter of employment in US - occupation and proof of earnings
- proof of financial means, excluding investments - only liquid funds
- last 2 bank statements
- investment portfolio, recent statements
- pension statement if applicable
- IRA or retirement statements if officially retired

The difficult one - was proving our address in France.
It's a deal-breaker if you don't have that.
Usually, all you need is a copy of a recent utility bill with your name on it.
Or a landlord's signature on a lease contract.

However, "Maggie May" is a boat. She generates her own power.
We don't HAVE a utility bill.
And we have a mooring contract, not a lease.

So - does the canal authority qualify as a landlord?
Questionable. It's going to take some explaining.

So I add MORE documents to the pile:

But: There was another problem.
We needed a lease / rental contract for a year.
But the canal authority only issues the mooring contracts every 6 months.

So I got the Harbor Master at the Capitainerie to provide me with an extra contract.
For this season AND for the upcoming season.
It wasn't signed yet, but - we hoped it would work.

At the French consulate in the US, you make the appointment online.
You can't call them to ask questions. They do not respond to emails.
You are given an appointment and you must turn up on time.

After a canceled flight, stress, and rescheduling for the following week, we decided to stay overnight in LA before the appointment. Then a missing rental car - quickly hailing a passing taxi to make our appointment. Past heavy security to the consulate.
(There's a longer story here, but this is already quite long enough.)

Fortunately, the administrator we met in the LA office grew up near the Canal du Midi.
He understood immediately about barges and mooring contracts. Hooray!


On arriving in France, I sent our documents off to the French authorities as instructed.
Originals, plus one copy, plus application form plus proof of entry into France and date.
After several weeks, I received notification of my interview appointment.
And the date for my medical exam.

However: Nothing arrived for Stan.

After numerous calls and much worry, since they were adamant that the ORIGINAL signed documents must be presented, I finally spoke to someone who rummaged through the piles - and found Stan's file. (whew!) This took lots of calls - in French - with explanations.

With Stan's found file, she made an appointment for both of us.
In another month's time (which was by now August).
Both of us on the same day. At the same time.
Cool.

Since the appointment was at 8 am in Montpelier, a city about 90 minutes from us, we decided to go the night before and stay overnight, to be sure to get to our first meeting on time.
We chose a hotel close to the Préfecture, so we could walk there. 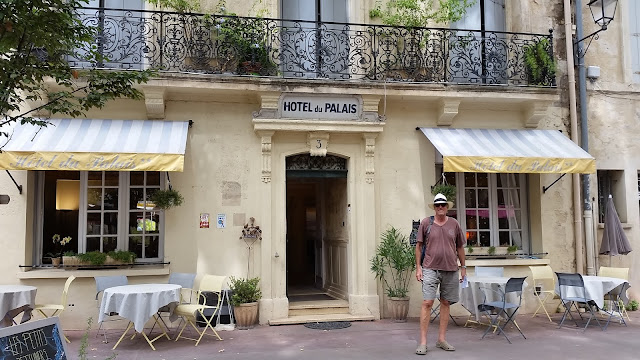 Unfortunately, the medical exam wasn't actually AT the Préfecture.
It was somewhere down near the train station.
-Glad we decided to check out the exact address the night before.

Stepping over a number of homeless characters and weaving through several of their shopping carts, we climbed to the radiology office. A security guard checked our papers.

A couple dozen people were already there, all nationalities.
We were all given chest x-rays, efficiently and quickly.
Everyone got their x-ray envelopes and left for the next stage of the process.
Except me.

Finally, the radiologist called me and wanted to talk to me about my x-ray.

Well, we left the office in total dejection.
I was sure I'd failed the medical exam!
And I feel PERFECTLY healthy!

And I don't know anything about a broken rib! 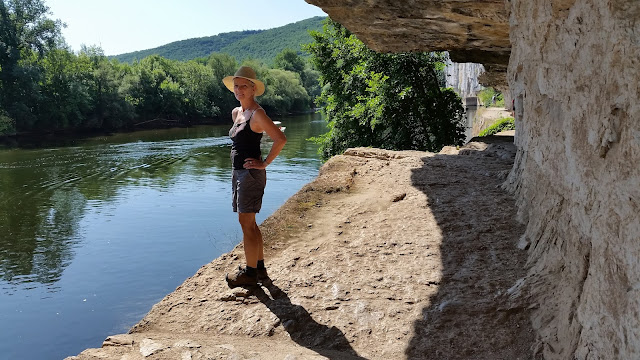 I couldn't believe it.
To have gone through all this - and not pass the x-ray?
You gotta be kidding me.
I bicycle, I scuba, I do yoga - I'm healthy! 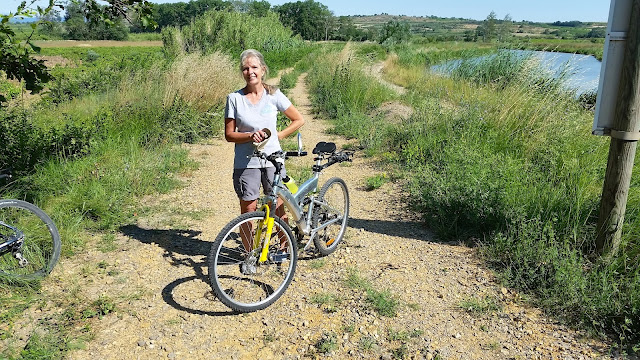 But we went to the next appointment anyway. Two doctors interviewed Stan and me together.
One of the doctors put my chart up on a light wall, and said,
"Yes, it's definitely broken. It doesn't hurt? Usually, a broken rib is quite painful."

I told her I didn't even know which side it's supposed to be on.
Then I carefully asked about the bronchitis.

"Do you have a doctor in France? If so, you should visit towards the end of the year. Take this x-ray and compare it with the next one. If it's not improving, then you'll have to do something."
"So, does that mean I'm okay for the visa?"
"I don't see why not. Just have it checked out in a few months." 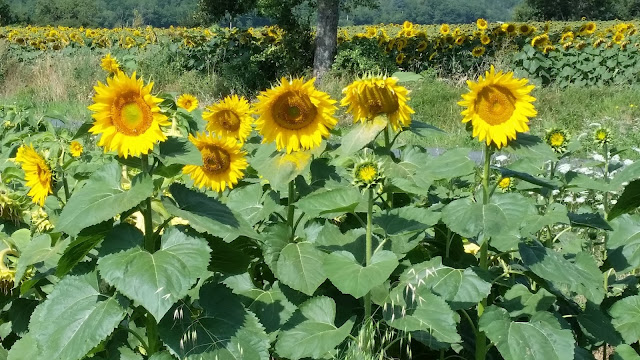 The final interview, one more.
Soon, the official full-page visa is stuck into the passports.
We're now OFFICIAL.
And MAN, that was a LOT of work!

No wonder people celebrate so much after they acquire a new nationality (A German friend of ours recently received his US citizenship-) - and this was just a long term visa! 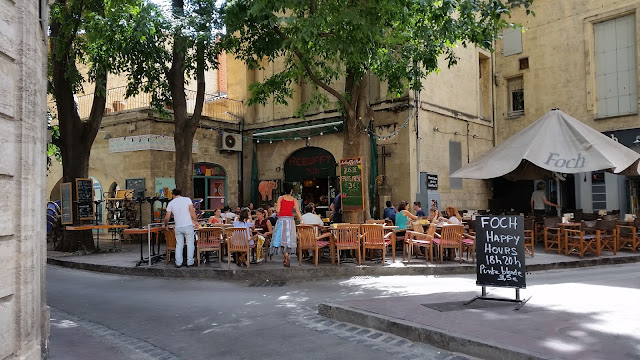 I'd say this deserves a small glass of celebratory wine.