Storm on the Canal du Midi-!

You wouldn't think that a mild-mannered canal would ever get too wild, would you? 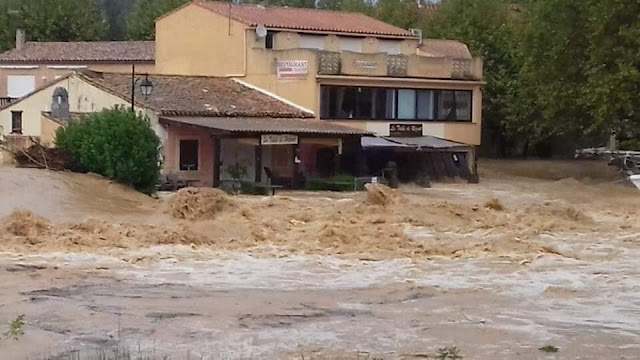 These photos show La Redorte during the storm.
And before.

It's a town just up the canal from us.

We cruised Maggie May through it last year at this time.


The restaurant is completely destroyed.
Lost everything.

All wine into the canal and down the river.

Our region got hit with a MASSIVE storm.
From Carcassonne to the Mediterranean.

Several rivers overflowed.
Some breaking banks into the canal.

The canal, being higher, enthusiastically rushed down into the rivers.

Water levels in Trèbes - another town along the canal - rose 8 meters in 5 hours. 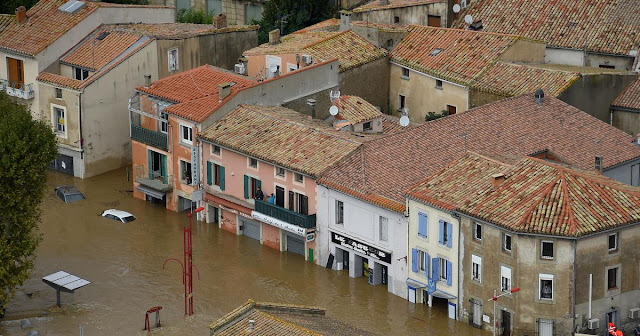 Bridges out.
Roads washed away.

Fortunately, our village was just at the edge of the storm.
Also, there are no major rivers near us.

But this is what it looked like during the storm.
(The waterfalls reminded me a bit of Norway...) 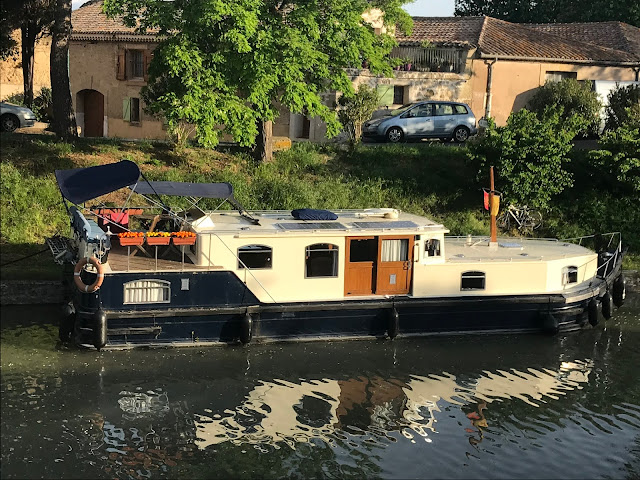 There was so much damage to the canal banks, weirs, locks and bridges -
they've closed down the canal.

Until "at least" next spring. 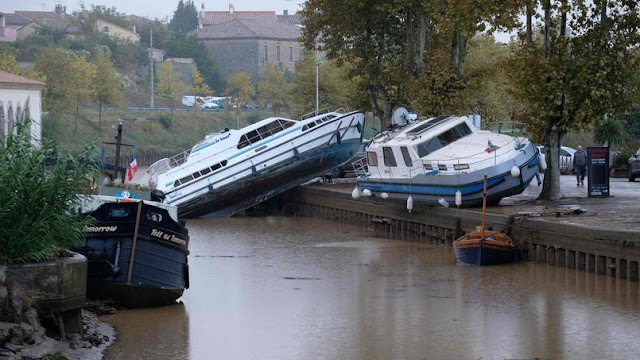 After the headlines are gone, everyone is left to clean up the mess.

And what a muddy mess it is. 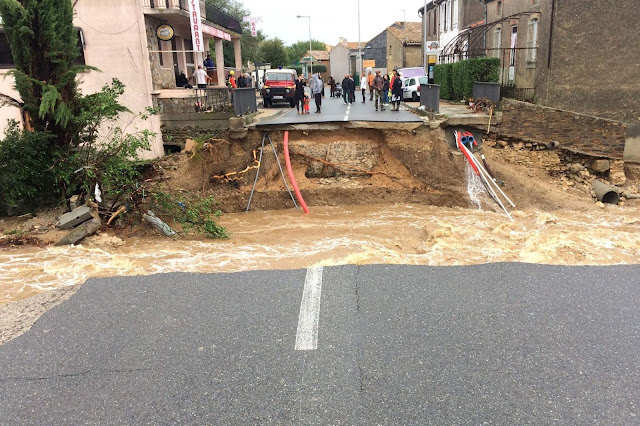 So how did we wind up on a canal boat in the south of France?

This wasn't really the original plan.

Part of the story is here:

How This Sailing Stuff got Started.

And - why?
One of the reasons is here - the social life.

What's it like - living on the canal -
in summer?
in autumn?
in winter?

How to deal with friends and family on board a boat?


What about cruising in other places in France?

The Lot River?
The Yonne and the Nivernais in Burgundy?

And what about the brother with the wine cellar in Bordeaux? 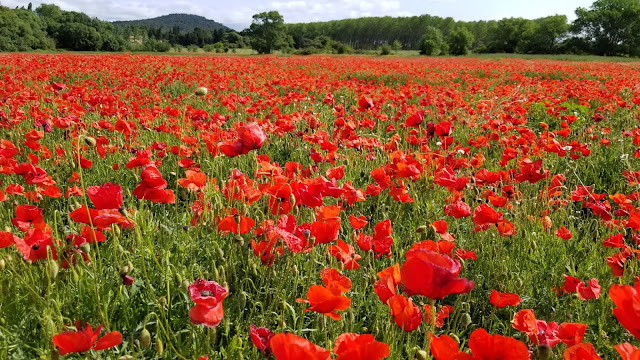 But - we certainly expected it to be a LOT quieter than it was this past weekend.

Here's hoping that things get back on track quickly.

For everyone affected by the storm.